Patent reform will hurt system in the guise of preventing ‘trolls,’ experts say

Biocom and Connect weigh in on the Innovation Act

By Padma Nagappan, Special to The Daily Transcript
Monday, April 27, 2015

Congress is considering controversial patent reform to reduce abusive practices by so-called “patent trolls,” people who build up a portfolio of broad-based patents with the aim of suing alleged infringers, as opposed to actually creating products with the patents.

But many think the Innovation Act could actually kill the American dream.

The Innovation Act, H.R.9, was proposed as a way to control trolls or others who cost companies millions of dollars in expensive lawsuits, money that could otherwise be funneled into research, development and business expansion.

Microsoft (Nasdaq: MSFT) and Google (Nasdaq: GOOG) are among many companies that support the patent reform bill and are working to shape it, since software majors are frequently targeted by trolls and face pressure to settle. 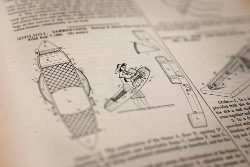 A hammock-canoe drawing, U.S. Patent No. 299,951, is displayed in a June 1884 Official Gazette of the U.S. Patent and Trademark Office at the headquarters' public search facility in Alexandria, Va. Congress is considering a measure that would curb the activities of so-called patent trolls.Photo by Andrew Harrer/Bloomberg

However, it faces strong opposition from quarters of the industry that rely on patent-heavy technology for their revenue and want to ensure their patents remain strong and defensible, from biotech startups to telecom giant Qualcomm (Nasdaq: QCOM).

“We don't want to see a lot of frivolous lawsuits, but we also don't want to see a system that’s worked extremely well for years thrown out,” said Greg McKee, CEO of business catalyst Connect. “What sets the U.S apart is that it has an edge over other countries because of its 220-year-old patent system, which is an important underpinning of our economy.” 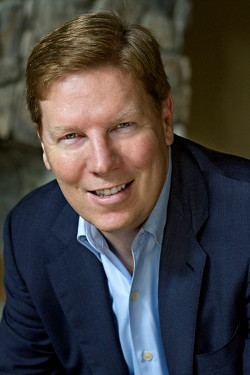 From trolls to ogres

While nuisance lawsuits from trolls are a drain on time, productivity and money, what concerns many about the reform bill is language that tilts the system against small companies and inventors, making their patents unenforceable because of the higher risk of litigation.

Instead it favors what some refer to as “patent ogres,” large companies that could infringe on patents yet get away with it in a classic David versus Goliath show of financial might.

The reform bill aims to shift the financial burden to a “loser pays” method for patent lawsuits, but the loosely drafted language could cripple startups and small companies that rely on patents for its business model.

Should small companies try to defend its intellectual property against legitimate infringement -- and loses -- it would have to pick up the tab for the legal expenses of the large companies it goes up against. This may force early settlement, or even for the company to drop its case and fold.

It also stipulates investors could be potentially liable for legal fees that can run from hundreds of thousands of dollars to millions, which would make angel investors and venture capitalists hesitant to invest in early stage companies, rendering the challenge of securing funding that much more difficult for startups.

Biocom President and CEO Joe Panetta recently returned from an advocacy trip to Capitol Hill, where he and others argued against reform and highlighted the damage it would do to life sciences companies.

“In the life science industry, patents are lifeblood,” Panetta said. “It can take anywhere from 12 to 15 years to commercialize a technology and get FDA approval. If, during that time, your ability to defend your patents is weakened, it can do serious damage with potential partners and acquirers.” 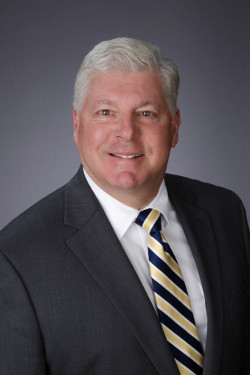 He emphasized that the reform bill would weaken the patent system, and put legitimate inventors and intellectual property defenders in the same boat as trolls.

The “save the inventor” movement launched by activists also advocates against reform, since securing intellectual property is critical to obtain funding, collect fees from licensing and develop a market for their product.

Inventors including Dean Kamen of Segway personal transporter fame oppose the Innovation Act, while others such as local Congressman Darrell Issa, R-Vista, who himself holds 37 car alarm patents, support the reform.

Issa heads the House Intellectual Property Subcommittee and has taken on the battle against patent trolls.

“We want to see certain types of patent reform take place, but there are some parts we don’t agree with this in this bill,” McKee said. “We agree with the spirit but not the language in this legislation.”

Connect, like many other San Diego entities concerned about the unintended consequences of the reform bill, suggests that the U.S. Patent and Trademark Office could prevent trolls by not allowing them to file broad-based patents that can be interpreted in multiple ways.

Instead, with better funding that could help the patent office hire more people to keep up with all the patents being filed, applications could be more closely scrutinized and bad actors could be weeded out.

“In terms of reform we do want to see happen, we want to make sure investment dollars are funneled into R&D, and we’re a big advocate of anything that lowers risk and shortens time frames to get great ideas to the market,” McKee said. “Anything we can do to strengthen the system and limit dollars spent on frivolous lawsuits is good. We are very much in favor of reforms that keep it robust.”

Panetta pointed out that technology changes rapidly in the high-tech industry, so having a strong patent position is not as critical as it is for the biotech industry, where technology does not evolve as rapidly.

“Especially for biotech, the fact that we’ve got such a strong patent system, combined with how much we invest in R&D is what keeps our industry so strong,” he said. “You don’t see it anywhere else in the world.”

That’s one reason biotech companies don’t do as much in China as high-tech companies, he explained, because the intellectual property system is not as strong over there.

“Biotech companies have become a lot leaner in recent years, because venture capital dollars are more scarce,” Panetta said. “The diversion of dollars into defining patents is not going to encourage investors to put money into biotech industry.”

The majority of Biocom's members have 50 or fewer employees -- small companies that cannot afford to have intellectual property diluted -- which is why having a large company such as Qualcomm join the fight helps, Panetta said.

“It’s a great example of a company that places enormous long-term value on patents. In San Diego, Qualcomm and the life science industry stand pretty strongly aligned in saying we don't want the reform in H.R.9,” Panetta said.

The bill is being reviewed by the House.