Dr. Rich Heyman founded Aragon Pharmaceuticals Inc. in 2009 to focus on integration of new insights into molecular mechanisms of resistance in prostate cancer. He spun off Seragon Pharmaceuticals Inc. in 2013 to concentrate on the remaining breast cancer opportunity. Both companies are named after the two-letter hormone receptor codes his drugs target, and “gon” indicates how each drug works. Trained as a chemist and well-versed in scientific history, Dr. Heyman learned all the aspects of the industry, including how to raise capital, manage intellectual property and manage a business through a series of positions at small pharmaceutical companies. 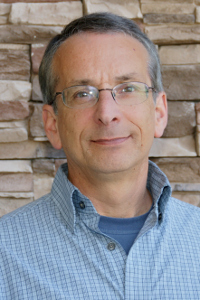 He is a unique biotech executive in that he has simultaneously helped patients and created substantial investor value. Seeing the bigger picture, Dr. Heyman sold both of his companies to huge pharmaceutical firms, creating larger investor returns. The sales were also designed to fast-track the delivery of his novel therapies to patients by allowing large drug companies, with significantly increased resources, to move his treatments faster through the FDA-approved process.

The small molecule pharmaceutical industry is extremely competitive. Raising capital during the 2009 financial crisis was a challenge. On top of this, a third party brought a major lawsuit against the originator of Aragon’s pipeline molecules, pursuing a claim of rights ownership. Aragon prevailed with a summary judgment finding. Using the same biological opportunity for prostate cancer, Dr. Heyman led his company to pursue a parallel strategy in an application for breast cancer, which resulted in the spin-off, Seragon. He pushed his team to deliver results toward the eventual outstanding sale of both of his companies in the past 18 months.

Hard work is rewarded at Dr. Heyman’s firms, and he provides all the resources employees need to succeed. Company environments were so great, that no employees ever left voluntarily.

Dr. Heyman is invested broadly in helping the San Diego life sciences community to continue to thrive and succeed, and he sits on a number of related boards. He is most proud of his work supporting organizations that mentor and teach leadership to underserved women in San Diego County.

His aforementioned companies are “gon,” but Dr. Heyman is already planning his next venture. Currently, he is raising money to begin two new companies focusing on diabetes and cancer.