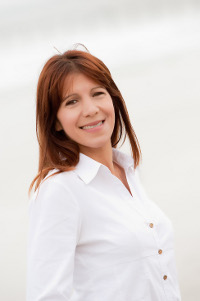 Dealing with substance abuse in her own family inspired Ilgaz to fight the war against drug abuse by providing products, tools and education to parents and the workforce. Despite having no medical background, Zeynep spent months learning the ins and outs of the industry and identifying the needs of the market before starting her company. Confirm BioSciences was the first company to commercialize a hair drug test kit, which tests the hair follicle for illegal substances as well as prescription drugs. The company has also partnered with manufacturers to commercialize novel urine and saliva-based substance abuse testing kits. Sales have more than tripled since 2012, and Zeynep continues to reinvest in the company.

Aware that 90 percent of the homeless population is due to substance abuse, the company supports local homeless shelters, among other things, and donates thousands of drug tests. Zeynep dedicates part of her time to training future entrepreneurs, serves as a panelist at workshops and conferences, and writes books and articles to help entrepreneurs reach their goals.

As the mother of two boys, Zeynep promotes a balanced work life by offering flex-time to employees in a casual environment. She also rewards them with competitive compensation and benefits, including access to Kindles, ongoing membership to organizations and education. No one has resigned from the company in years.

This year, Confirm BioSciences launched a new over-the-counter product that detects synthetic marijuana abuse. Zeynep confirms the company will continue to innovate and grow as they fight the war on drugs.