Mary Ann McGarry began her career with Guild Mortgage Company in 1984, advancing through the ranks to CEO. Armed with an expansive vision for the company, McGarry secured financing from a private equity firm and led a management buyout of the Guild’s founder in 2007. She emphasizes long-term stability and profitability over short-term gains. By creating proprietary IT systems, McGarry provides employees with the tools they need to succeed in a highly competitive industry. As a result, Guild has become one of the fastest growing independent mortgage banking companies in the United States. 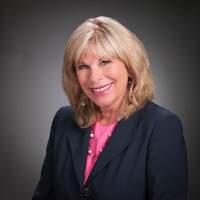 To keep up with constant changes in the mortgage industry, McGarry developed Guild’s own systems, from automated underwriting programs, to today’s real-time network that allows users from all departments to access information as soon as it is entered into the system. Guild’s customized, integrated database provides flexibility and options where the company can quickly initiate special niche programs, such as government loans for first-time homebuyers. These integrated systems help weather bumps in the housing market and make it relatively easy to add new branches.

McGarry believes that when you invest in your people, the organization grows as a whole. Under her leadership, “Guild University” was created to train employees. Some of the people she originally hired in the late 1980s are now leaders in the company. Since the Guild’s unique IT systems allow loan officers to complete a loan application via the Internet remotely, many employees relish the flexibility and work from home. That is partly why the company was recognized as one of San Diego’s Top Places to Work.

In 2012, McGarry launched The Guild Giving Program to encourage employees to support worthy causes. Guild also partnered with Profits4Purpose to create an online platform to track donations and volunteer hours, which are celebrated with recognition and awards programs.

Recently, McGarry led Guild in two major acquisitions. Under her helm, what was once a Western company has grown into more than 250 branch and satellite offices in 25 states. McGarry continues to craft more successes for this prosperous “Guild.”