Making way for The Mark

A demolition crew -- led by downtown developer Douglas Wilson in the driver's seat of a concrete-busting bulldozer -- tore down a former liquor store at Eighth and Market streets today, clearing the way for a new high-rise condominium building. 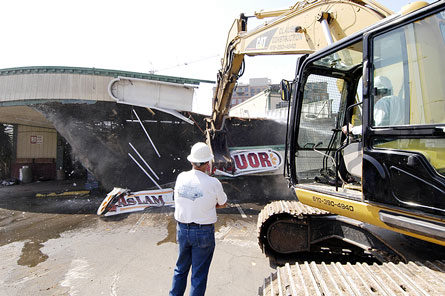 Wilson's development company Douglas Wilson Cos. is demolishing the building -- originally built in 1949 as a Car Hop Restaurant and most recently housing Gaslamp Liquor -- in preparation for start of construction on The Mark, a $150-million mixed-use project.