Working within the system

Keith Lewinger, a common name to anyone who knows anything about regional water, is haunted by the distinction between a bureaucrat and a public servant.

"I consider myself a public servant as opposed to a bureaucrat," said Lewinger, general manager of the Fallbrook Public Utility District. "A bureaucrat tries to find a reason why things can't be done. A public servant looks to get things done within the system." 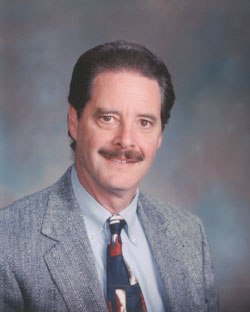 In his desire to distinguish himself, Lewinger, also a member of the San Diego County Water Authority Board of Directors, has become a leader in water reuse and finding new water sources. He is also one of the most vocal -- and often critical -- members of proposed board policies.

A native of New York, Lewinger made his way to San Diego in 1989 and took a planning job at the Otay Water District. There he played a role in implementing the city of Chula Vista's purple pipe program in the EastLake housing development.

"The board back then had the foresight. And now it's paying dividends," Lewinger said. "The pipes are already there and they don't have to go dig up streets."

The water for the second pipe is generated using wastewater in the region that is recycled through local treatment plants. The water is cheaper than the water sold by the water authority.

The system throughout EastLake has been a great success and was one of Lewinger's best experiences demonstrating that water municipalities can use forward thinking and save water.

"The water itself to the end user is 20 to 25 percent less expensive than potable water," he said. "To the local or regional agency, that is water that doesn't have to be developed as a water supply."

Arguments have been made in the city of San Diego that the dual piping should be required. The plan has met resistance, citing increased building costs.

But Lewinger doesn't buy it.

"The extra cost of the dual piping is negligible in the big scheme when compared to having the development and importing that next increment of supply," he said.

Currently, Lewinger is working on a deal with the U.S. Marine Corps at Camp Pendleton to split water in the Santa Margarita River and develop what is essentially an underground reservoir.

The plan originally envisioned building a dam on the river, but it never passed the approval of environmentalists, Lewinger said.

Instead of focusing on above ground water storage, Lewinger began to look underground.

"The plan is to take surface water from the river that's available in the winter and put the water into the ground water table," Lewinger said. "You then develop wells and pump the water out when you need it, treat it, and pipe it out."

One acre-foot is equal to about 325,000 gallons, enough to sustain a family of four for one year.

Lewinger said the system would employ a nano-filtration system that would make the water cleaner than the water provided from the Colorado River.

Planners are actively trying to levy $60 million from the federal government for the project.

"This is another example of finding synergy in a project to get two organizations to work together rather than fighting," he said.

Some of the greatest challenges for Lewinger, however, lie in his capacity at the water authority and helping the region to become independent of foreign sources of water.

In 2003, San Diego County received about 85 percent of its water from Metropolitan Water District. That number will decrease to about 40 percent upon completion of several project.

The county has just passed an historic $1.8 billion capital improvement program that would include the construction of treatment plants, reservoirs and a desalination facility.

Looking at the massive growth that continues to sprawl across the northeastern portion of the county toward Murrieta, Lewinger fears the plan may not be enough.

Specifically, Lewinger believes that the plan to build a 50 million gallon per day treatment facility near Twin Oaks may be inadequate.

"Staff has said that we are not doing enough reclamation," Lewinger said.

He also said the water authority may have to take another look at building a pipeline from Northern California down to San Diego. The prospective project is called Pipeline 6.

"We need to run the analysis again to find if Pipeline 6 is needed," Lewinger said. "This will certainly be interesting."