Taking a turn to the left

Cohen has his hand on San Diego's ideological steering wheel

Many San Diego politicos see a major shift in the city from a Republican bedrock to a more Democratic metropolis, bringing some significant liberal baggage -- specifically, stronger labor representation. 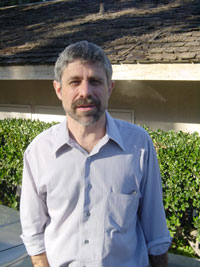 Donald Cohen, executive director for the Center for Policy Initiatives

One of the driving forces behind this push is Donald Cohen, executive director for the Center for Policy Initiatives and a former-political head for the San Diego Imperial County Labor Federation.

Cohen's mantra is one that drives laissez-faire loving, cost-cutting business owners crazy: In the United States, the economy can afford to pay each worker a wage they can live on and provide health coverage.

"I define the things I'd like to get done in our life: We should have everyone covered by health insurance, no matter how young or old; everyone should have a decent paying job to spend time with families and a decent education," Cohen said. "This is the kind of nation we should have."

But more than these utopian social hopes, Cohen's straightforward style of lobbying and his honesty are what make him so effective.

"I think that he is one of the smartest, if not the smartest, political operatives that I have ever run across in my 15-year career," said Fred Sainz, public policy director of the Convention Center Corp. and admitted friend of Cohen's. "He is an incredibly principled man. He is fair. He is just. He can compromise. He is incredibly articulate. He is also one of the nicest, most thoughtful individuals that I have ever come across in life."

In no way could that influence and charisma have been made more apparent than on Tuesday, when the San Diego City Council voted 5-4 to approve a living wage ordinance.

"We've been fighting for this for about five years," Cohen said.

Councilman Brian Maeischein said at the meeting, "I'm starting to see Donald Cohen in my dreams."

The battle could not have looked more bleak for the passage of the living wage, with the city facing a $50 million hole in this year's budget, a $1.37 billion pension shortfall, and a deficit in retiree health care estimated between $400 million and $900 million.

The split vote on the council -- many believe -- is another indication at how big a force Cohen is in the community.

"Donald would not have brought the issue forward if he knew he didn't have the votes," said Lisa Briggs, executive director of the San Diego County Taxpayers Association. "It's the perfect example of how methodical and good at these things Donald is."

Prior to founding the CPI, in 1996 Cohen served as political director of the San Diego-Imperial County Labor Council and was a driving force in making the organization a more political animal.

But first, Cohen said, it was necessary to educate its members on the issues that affect their lives.

After the education programs were in place, Cohen shifted focus onto educating political leaders, having union members start calling about issues and finally endorsing candidates.

"It's not fair to expect that someone running for the city council would know about this stuff," he said. "So we also got involved in campaigns. We developed an endorsement process. We educated candidates about the issues."

Steve Erie, political science professor at the University of California, San Diego, said it's clear that in the last five years labor has made a more concerted effort in political involvement -- specifically in the City Council.

Erie said the rise of labor power is eerily familiar to what happened during the democratic shift in Los Angeles.

"San Diego is exactly where Los Angeles was 10 years ago," Erie said.

Despite increasing strength, Cohen said the political force of labor is not where he would like it to be.

"I think the business community has more influence at this point in San Diego," he said. "They have got the best deal in the world. High profits, high room rates, low wages, low taxes. It's unreal.

"It adds up to low wages, and the people that work in those place can't live here. That's power to be able to hold such a favored position like that," Cohen said.

Talk Back: Is San Diego becoming too liberal? Send a letter to the editor.