Coalescing art with architecture can be a rudimentary struggle for some architects. But for Jennifer Luce, uniting the two to create harmonious living and working spaces is only natural.

At least, that's what the 45-year-old principal architect of Luce et Studio believes; and why doubt her? Recently at the local American Institute of Architects' prestigious Design Awards program, Luce and her eight-member team wracked up enough accolades that would make any architect a tad envious.

"We're still pinching ourselves that we were able to execute (the projects)," Luce said. "The interesting thing is that all the projects were for other creative people," including two landscape architects, a pastry chef and Nissan industrial designers. 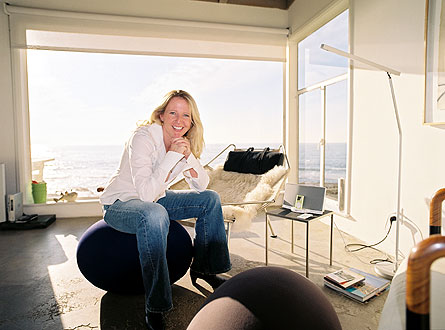 For Luce, choosing to work with such diverse clientele who offer insight and embrace unconventional design is one key ingredient that helps her teammates and her maximize their creative potential as they draft their blueprints.

"The dialogue is different and very informed," Luce said. "They bring their expertise to the table, and they approach projects with their history, which makes for very rich projects."

And rich results. Since 1990, when Luce et Studio first opened its doors in San Diego, the company has snagged 17 AIA design awards -- six of which it secured earlier this month -- and a slew of others. According to Luce, much of this success rests on the firm's innovative way of incorporating simplistic, modern art into traditional living, working and public spaces.

"Particularly in our culture at this time, there is a huge blurring of boundaries between working spaces and living spaces," Luce said. "People spend a lot of time at work and little time at home, which gives us an opportunity to begin redefining the spaces in which we exist. We want to make a beautiful space that allows us to be creative, innovative and, at the same time, enrich (our clients') lives. This comes rooted in an art-based way of thinking."

This art-based approach to architecture, however, is not something Luce just happened to stumble upon during her career. She's been committed to it since the ripe age of 14.

"I knew very early on that I wanted to be an architect," she said. "I had a strong interest in mathematics and art, and I had a really great teacher in high school who introduced me to the idea of art-based architecture. The combination of the two seemed very natural to me."

The combination also pleased this year's AIA judges. In addition to recognizing Luce et Studio with three Honor awards -- equivalent to the Oscars of architecture -- they also handed over three Divine Detail awards, calling one Little Italy restaurant's transformation from an Art Deco building into an abstract amalgamation of glass, steel, aluminum and wood a "masterful architectural accomplishment."

In fact, accomplishment has followed Luce since her days as a college student. After graduating with distinction from Carleton University in Ottawa in 1984, the native Canadian eventually went on to secure a master's degree in design at Harvard University.

She also ventured overseas and spent a year and a half studying in Italy. There Luce explored the work of the late renowned Italian architect Carlo Scarpa, whom she recognizes as a major influence.

"I actually think (Scarpa) is one of the main influences for me in terms of attention to detail, texture and the psychological space of architecture," Luce said. "It's very intense work, and even though it's aesthetically different than what we do, I believe the attitude and vision are similar."

Channeling this fresh, worldly perspective, Luce ditched the frosty Canadian climate once again and headed south. Her first stop: Fairfax, Va., which is where she spent some time working after she won a competition to help design the Innovative Center for Technology. Once her stint ended there, she trekked over to Miami and Bermuda; eventually, however, the West Coast and its balmy weather beckoned.

"I've always spent time in warm climates, even though I'm from Canada," Luce said. "California seemed like a natural place to establish myself. Initially I was going to move to Los Angeles, but then I checked out San Diego. There were a lot of young people here ready to build, and San Diego seemed to have a personalization of community, which was very attractive to me."

What Luce also found appealing about the city was its abundance of sunlight, which she noted plays a crucial role in projects.

"It's important to have a strong understanding about light: how it enters a space, how it permeates a space, and how we can use it to enliven a space," she said. "I really believe for me that focus came from living in California, where light is so different."

Luce et Studio's penchant for integrating light, art and design has spawned many works of avant-garde "liveable" architecture and lots of local, national and even global recognition. Some of these recognized works include the firm's contributions to the Messner & Smith Investment offices, Nissan Design America's corporate offices and design studios in La Jolla and Farmington Hills, Mich. (for which the company also received a 2005 AIA California Council Merit Award), and a temporary landscape transfusion for Les Jardins de Metis in Quebec, Canada. 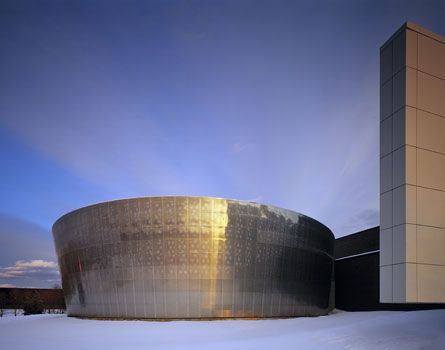 Despite the successes, Luce said she and her firm would rather be selective and tackle projects with clients who are willing to manipulate material texture and scale than take on whatever they can get.

"Our commitment to art is very passionate, and we're very committed to designing an art-based project," Luce said. "People should follow their vision and path, and ultimately they will find it."

There's no question Luce already has found hers.