The business of happiness

Nearly 40 years ago, George Hauer was a senior at San Diego State University, waiting tables to pay the bills. Today he is the principal and founder of a prominent restaurant nestled atop the cliffs of La Jolla Cove that has satiated the appetites of political bigwigs, famous entertainers and ordinary people.

"(Running my own business) evolved naturally from an accidental beginning," Hauer said. "I had no major career plan when I began serving. It was a job." 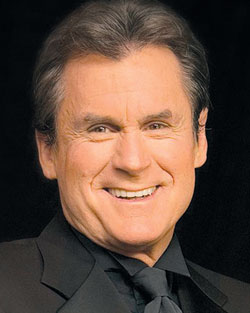 That job and a few other food-service gigs eventually led Hauer to open up George's at the Cove, located on Prospect Street's swanky strip of bistros, boutiques and art galleries. Former presidents Jimmy Carter and Gerald Ford have eaten there. So has actor Brad Pitt. Even the artist formerly known as Prince dropped by for a meal one time. The restaurant has been a vanguard of fine dining in San Diego for more than 20 years, which equates to eons in this fickle industry, considering many aspiring restaurateurs must shut their doors after six months.

"Having enough capital to be able to lose money for the first few months of opening a restaurant is one of the major elements to stay alive in this business for the long term," Hauer said. "Expose yourself to successful operators, and learn everything you can from what they do right. You can't just start a restaurant because you know how to cook or were a waiter.

"You have to understand the business side of things to make it run properly and efficiently. And you have to love what you're doing."

Hauer's knowledge and zeal have produced profitable results. Though he wouldn't reveal how much George's at the Cove pulls in per year, he did concede that it does "very well."

And in 1997 Hauer himself snagged the Gold Medallion Special Achievement Award -- the highest honor granted by the San Diego Restaurant Association to restaurateurs who have made notable contributions to both the industry and the community.

According to Hauer, part of his company's concrete reputation rides on the fact that he, partner Mark Oliver and Chef Foshee stay focused and resist expansion. There's only one George's at the Cove.

"My belief is that one successful restaurant that demands your time and energy makes for a better lifestyle and more satisfying work environment," Hauer said.

The trio also strives for change, modifying the menu on a regular basis and increasing marketing efforts, which Hauer admits is necessary to compete with downtown's thriving fine-dining scene.

"We're constantly reinventing ourselves," he said. "It really comes down to passion and pride. I know that sounds corny, but when you pay attention to your business and you're passionate about wanting to be a leader in the industry, you have to look outward from your own small world and go into the big wide world of New York, San Francisco, Chicago and Los Angeles to see what other creative people are doing. That spurs us to emulate them."

Taking tips from competitors, however, isn't the only thing Hauer does. Since 2001, he has teamed up with the Green Restaurant Association, a nonprofit organization dedicated to implementing environment-friendly business practices, and has encouraged other restaurants to join. So far he and his staff have completed 29 steps that comply with GRA environmental guidelines, which include using chlorine-free paper products, recycling glass and metal, and preserving water and electricity.

"What the GRA is doing is good and necessary," Hauer said. "I am an environmentally conscious person, and I believe that if everyone made a decision every day to limit how they wasted things, the world would be a better place."

Hauer, along with the First Republic Bank, also helps to foot a $20,000 bill for the Fourth of July firework festivities at La Jolla Cove.

"The whole idea began in 1985 when a local banker, George Ellis, and I were sipping on martinis and talking about how La Jolla needed a fireworks show," Hauer said. "We organized the first one, and it was very small because people hadn't heard much about it. But it's grown to be a major event."

He estimates that now the event attracts about 20,000 people. Taking into account his personal and professional success, it makes sense that Hauer talks like a happy-go-lucky man.

"I was walking around the restaurant; the beautiful light was shining, I was looking at the ocean, looking at the sunset," he said. "There was a kid ... proposing to his girlfriend, and that's when I had this momentary flash of knowledge that we're really in the business of celebrating happiness."

Hauer has plenty of reasons to rejoice, and his venerable career as a restaurateur and philanthropist is one of them.