In 1970, Stephen Doyle designed a home of the future and won a middle-school science fair. Now, 37 years later, he continues to design not only homes, but also master-planned communities in San Diego and surrounding counties.

"Before I got out of middle school, I knew I wanted to be a homebuilder," said Doyle, who has been president of the San Diego division of publicly traded Brookfield Homes Corp. (NYSE: BHS) since 1996.

Since graduating from San Diego State University, Doyle has spent his entire professional career in the San Diego County homebuilding industry, where he was first hired as a civil engineer in 1978 for Nasland Engineering. 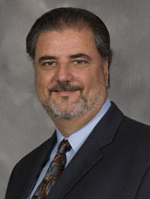 His first job with Nasland taught him the value of building a quality project team and managing the group toward a collective goal -- a key to success for any homebuilder.

"If you do that correctly, you'll end up with a good project and, in the end, happy homeowners," he said.

After obtaining a law degree from the University of San Diego, he accepted a job as project manager and legal counsel for Pardee Construction, where he was responsible for the Del Mar Highlands community for seven years.

When he left his position with Pardee to work on Otay Ranch for the Baldwin Co., Del Mar Highlands had grown from a community with 300 to 400 homes to one that featured schools, commercial centers, parks and more than 3,000 homes.

During the early 1990s, when times became difficult for homebuilders in San Diego, Doyle was let go by Baldwin, but quickly hired by Davidson Communities Group, a partnership with Coscan and Brookfield.

The three partners would eventually separate into individual companies; in 1996, Doyle was hired as president of Brookfield, which specializes exclusively on master-planned communities. The firm builds an average of 450 to 500 new homes a year.

"If you specialize in master-planned communities and have entitlement experience, then you understand it's (building a community) a process," Doyle said.

An advantage to building communities with 1,000 to 3,000 homes, he added, is the company can more easily provide the facilities that local jurisdictions will need as a result of increased housing.

"It's not a matter of how many homes can I fit on that piece of dirt," Doyle said. "It's (asking) what does this piece of property need to fit into the overall fabric of that community?"

Typically, when Brookfield purchases a large lot of land, it looks to partner with other homebuilders to construct a new community on that site.

"We can then be involved in more master-planned communities, and we've limited our risk," Doyle said. It would be dangerous for any homebuilder to put all its available capital into one project, he said, especially during the slowdown in homes sales and building activity experienced last year.

The past year was slow for Brookfield, however, having been in the homebuilding business for nearly 30 years, Doyle understands that any builder must prepare for the industry's cyclical nature.

"You prepare by watching your inventory," he said.

Once Brookfield saw home-sale absorption rates start to drop in July 2005, it continued to close homes, but didn't replace its backlog of homes.

The homebuilder currently has at least five communities in various stages of development in San Diego and Riverside County including Windingwalk, Stonebridge, Calvera Hills, Mahogany and Morningstar Ranch.

Like Doyle in his middle-school days, Brookfield-built communities have also won awards.

In 1993, the company was granted the Affordable Project of the Year award from the National Association of Home Builders (NAHB) for a single-family detached project in Temecula.

Three years later, the company won the NAHB Project of the Year for its Bella Lago project, which was a semi-custom, high-end community.

"To be recognized nationally as the best project in a three-year span for the extremes is pretty special," Doyle admitted. "That means you can cover the spectrum."

Brookfield will continue to build different home products in various price ranges in 2007. The company's future developments include Robinson Ranch, a 400-unit project in Carlsbad, as well as an affordable project within Windingwalk that will break ground in the summer.

Doyle predicts a stabilizing home-buying market in 2007. Sales will not largely increase, but there will be less volatility in the market because prices have decreased after reaching previously unsustainable levels, he said. Also, interest rates remain low and job growth is solid.

This will be a memorable year for Doyle, as in January he was informed that he would be inducted into the California Building Industry Association Hall of Fame.

"I was quite taken back by it all because I look around and say, 'I'm just getting started in this business,'" he said. "I don't think I'm ready to retire by any means."