The owners of Provide Commerce wanted to take their company public. The San Diego-based company, which provides a marketplace of Web sites that sell perishable goods, such as Pro Flowers, didn't have to look far for help.

They enlisted the local office of Roth Capital Partners, a Newport Beach-based company with a San Diego office and ties to the community, to help them on their way.

For months, Roth Capital Partners helped Provide Commerce (Nasdaq: PRVD) navigate its way through the Security and Exchange Commission's registration process, gathered the attorneys and underwriters necessary to put together a prospectus and then went about finding investors for the company. Sales associates from Roth Capital and two other companies called potential investors for Provide Commerce and organized a two-week road show, during which they met with eight to 10 potential investors a day. Ultimately, they sold about 4.6 million shares of stock in the company, raising $60 million. 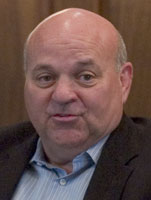 This is what Roth Capital Partners does, and now the company is hoping to do it for more people in more places. After years of helping companies all over the country, including numerous in the San Diego and Southern California area, Roth Capital is setting its sights even wider, creating a presence in China.

"A lot of our investor clients would like to invest in China but don't have the resources," said Ted Roth, managing director of the company's six-employee San Diego office. Roth Partners would like to give them those resources.

Roth Partners began in Newport Beach in the 1980s as Cruttenden Partners. Ted's brother Byron began working for the company in the early '90s, bought a portion and changed the name to Cruttenden Roth, then finally bought the whole business and called it Roth Partners.

Roth Partners has become a kind of family business. Byron serves as chairman and chief executive officer, another brother, Gordon, is chief financial and operating officer, and Ted is management director of the San Diego office. Ted Roth moved to San Diego from New York, but the brothers originally grew up in Iowa. (Fourth and oldest brother Duane, is the executive director of local trade group Connect.)

In addition to the Orange County, San Diego and now China offices, there are also offices in Los Angeles, Seattle and Salt Lake City, Utah. Over the past 12 months, Roth Capital has made 45 transactions worth $800 million. Ted Roth began heading up the San Diego office after moving to the area from New York in 2003. He'd worked at Alliance Pharmaceuticals for 15 years with his brother Duane and served as both general counsel and chief financial officer for the company. That background has given him some insight into one of the biggest sectors Roth Capital invests in, life sciences. The company also invests heavily in analyze technology, consumer software and retail, but is not constricted to those areas.

"We are pretty much non-sector centric," Roth said. "Our (strategy) is mainly based on the size of the company and the market capital."

But more and more, the investors like those Roth invited to view Provide Commerce when it went public -- as well as other companies looking to go public or gain more funding, such as SYS Technologies, Oculus Innovative Sciences or Natus Medical, are looking to China.

China's economy has been booming and western companies have been salivating over the world's most populous country for years. Roth Capital has set up a five-person office there, headed by an employee of the Newport Office who's been in the country for more than six months getting educated.

"We have a fair amount of (investors) who say, 'I only want to do something that's China,'" Roth said. So Roth Capital is trying to find companies to invest in. There are pitfalls in the Chinese market -- the distance, government uncertainty, legal and accounting systems that are out of step with the west -- but if the opportunity presents itself, Roth said his company wants to be there to see it.

"There are rewards also if people are willing to accept the risks," he said.