In 2003, Defense Web Technologies founder Paul Cavanaugh brought Doug Burke aboard to revamp the company's strategy. Burke was uniquely suited to the job. His background as an Air Force brat gave him an understanding of the needs of military families, and his hobby of wilderness survival equipped him with many of the skills needed to run a business. 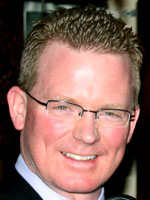 Defense Web builds customized software solutions for health and family programs within the Department of Defense and other government agencies, transforming the way government organizations develop and deploy mission-critical information systems. The Defense Web goal is to support service members, their families and the organizations that serve them by providing technology solutions for complex problems.

Burke implemented a "growth and focus" strategy that simply says: focus on what you do better than any other company; invest every penny of profit back into growing the company; act like a startup in everything you do; scale gracefully and don't over-expand; hire great people and reward them well; and always focus on and listen to the customer.

After Burke assumed leadership of Defense Web, he put together a top-flight management team featuring former high-ranking military officers and experts. His "growth and focus" strategy grew sales and revenue 100 percent year-over-year for four years. In 2006 he moved the company into full acquisition mode, and in early 2007, Defense Web was purchased by Humana Military Healthcare Services. With the first cycle complete, Burke is now developing the next-phase strategy for Defense Web's growth.

A pioneer in the field of Internet video, Jordan Greenhall built DivX during one of the worst times in the digital media industry. As the market went down, Greenhall fought to hold on to his long-term vision. There were significant layoffs, and to keep the company afloat, remaining employees took salary cuts in exchange for stock options. Those who remained were a small, scrappy group of technologists who shared Greenhall's belief in what they were doing, and together they sought ways to adapt the company and survive. Greenhall's passion and ability to foster loyalty and dedication in his employees kept DivX moving forward even when the market was not ready for what it offered. When the market finally materialized, the company was well positioned with an open ecosystem that offered a real competitive advantage. 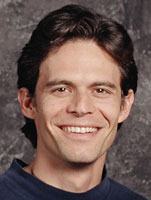 Greenhall recognized the potential importance of the consumer electronics market, and in 2002 DivX began licensing its technology to partner products, a move that accounts for the majority of the company's revenue today. Greenhall realized that DivX could not achieve its mission alone, and allied the company with a larger community of like-minded individuals, including consumers, hardware and software manufacturers, content providers and consumer electronics markets.

Believing that three general trends -- digitization, openness and connectedness -- are converging to create a historic transformation of media, Greenhall sought to harness these forces within DivX and forge a company that offers the best of both worlds: a solid technology platform coupled with a global community of passionate and engaged users.

The core DivX technology offers an interoperable media format supported by dozens of software products and tens of millions of consumer hardware devices shipped worldwide. DivX Stage6 enables content creators to securely distribute high-quality video to a large market of consumers. Software vendors and hardware manufacturers use DivX as a product differentiator by adding creation, capture and playback functionality that is interoperable with all other DivX Certified devices. Not simply a product, DivX operates as an open and active digital media ecosystem, a thriving entity driven by the grassroots adoption of its technologies by millions of consumers.

Prior to Patrick Henry's arrival at Entropic Communications, its board felt that the company wasn't working hard enough. All that changed when Patrick assumed control. His focused, driven personality infused the company and revitalized its work ethic and purpose. 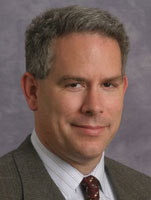 Henry immediately faced obstacles at Entropic, and his first challenge was to stabilize the engineering effort and get the technology to commercial readiness. Entropic was formed to solve an emerging problem created by the explosion in in-home digital entertainment: today's consumers want to share huge amounts of data, such as MP3 files and digital video. Transferring these files cannot be accomplished with traditional, or even emerging, home-networking schemes.

Entropic hit on the ideal solution to this dilemma: use the coaxial cable already installed in virtually all U.S. homes. The technical challenge is to turn what has always been a one-way communications technology -- that is, cable/satellite companies feeding programming into the television set -- into a two-way medium capable of handling multimedia networking throughout the entire home.

Conventional wisdom has been that splitters prevent networking on coax. Entropic proved this wrong through its c.LINK chipset technology that "jumps" backward through splitters from any coax outlet to any other coax outlet. Coaxial cabling is already connected to over 300 million television sets and is the preferred in-home video distribution medium for more than 90 million cable and satellite homes in the United States today.

To ensure compatibility and interoperability, Entropic co-founded the Multimedia Over Coax Alliance and has become one of a handful of startups ever able to create a "de facto" communication standard. This standard is revolutionizing the home networking marketplace and has been adopted by all the major players in the industry, including the most influential cable, satellite and telco operators and major consumer electronics manufacturers.

In three-and-a-half years, under Henry's guidance, Entropic has become the leading developer of LAN and WAN networking of multimedia for the connected home, offering a technology that allows consumers to easily and effectively share digital entertainment throughout their homes.