A participant in a number of successful entrepreneurial ventures, Tina Nova knows an opportunity when she sees one. When findings showed that patients and physicians in hematology/oncology were extremely underserved by existing leukemia/lymphoma diagnostic strategies, Nova saw a chance to build a viable business while providing a valuable service to doctors and patients. 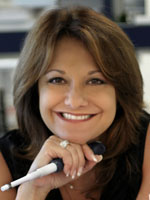 At the time she made this discovery, her latest company, Genoptix, founded around instrumentation technology, had been forced to spin that technology off into a separate entity, leaving Genoptix with the service sector of the business. Armed with her knowledge of the gap in the market, Nova went about creating a best-in-class diagnostic medical laboratory that would provide custom services to physicians treating leukemia and lymphoma patients.

The challenges were astronomical. Not only was Nova launching a new business model for Genoptix, but she was also making it the first company in the sector that commercially personalized medicine and sold directly to physicians.

Nova successfully differentiated Genoptix from numerous competitors by creating distinctions within all areas of the company. Unlike other medical laboratories, in the Genoptix model, each patient sample is thoroughly and effectively tested under the expert supervision and watchful eye of a dedicated hematopathologist, ensuring that each patient's precious bone marrow is interpreted and correlated correctly. Genoptix promises to notify treating physicians within 24 hours if their patient has acute leukemia or lymphoma. Nova understands how difficult it is for patients to wait for a prognosis or diagnosis. Additionally, the Genoptix medical staff is available for consultation seven days a week.

Nova has maintained a clear vision of Genoptix' customers and their needs. As a niche medical lab solely focused on hematology/oncology, it can be more nimble than competitors and expeditiously offer diagnostic strategies for physicians to monitor, treat and manage their cancer patients. Less than three years after its entrance into this highly commoditized and competitive arena, Genoptix reached profitability. Revenue is forecast to double in 2007, and Genoptix is now a fully commercialized company with 25 sales reps across the nation bringing in patient samples from 45 states.

When Caren Mason joined Quidel Corp., the organization was struggling. Litigation underway threatened 90 percent of the company's product base, new product introductions were long overdue, the pipeline was weak and a promising new technology platform was in development longer than anticipated. The company's share price and valuation had recently plummeted, and shareholders, needless to say, were impatient. 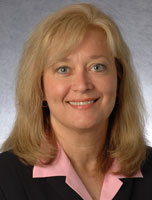 What a difference leadership can make. Mason walked calmly into the situation and took control. She quickly initiated a core competency assessment, tapped into the skills and experience of Quidel's broader management team and created the Quidel Management Review Board. She conducted a strategic planning retreat with this group and focused the team on leading the company through key challenges by identifying, reinvigorating and capitalizing on existing strengths. These and other approaches resulted in the creation of strategic initiatives that provided the foundation for a new pay-for-performance philosophy that has reaped great results.

Recognizing the value of Quidel's brand and opportunities for growth, Mason set about building the Quidel franchise. With its world-class diagnostic tests, Quidel provides leadership to the industry and among health care professionals in the movement of patient testing out of the central laboratory and into the physician's office, urgent care and other outpatient settings where rapid testing and treatment has an impact on clinical outcomes and provides an economic benefit.

Mason has focused Quidel on securing global leadership in rapid testing in infectious disease, reproductive health, bone health and oncology. In the influenza category, Quidel has introduced tests that recent studies indicate are the most accurate, easy-to-use, fastest-to-result and provide the highest-value-quotient in the segment.

Under Mason's guidance, Quidel has achieved significant gains in revenue, operating income and EPS. She successfully settled the litigation, elevated the bar on "hiring the best," and is currently moving the company from what is now a solid foundation to "transformational" market leadership.

When Gerry Proehl left his job as vice president of global marketing for Hoechst Marion Roussel to take a high-risk position at Santarus, most colleagues thought he was making a serious career mistake. With fewer than five employees, Santarus was in a pre-operational state, occupying a tiny suite of offices. Proehl believed in the new company, however, and joined Santarus in 1999 as vice president of marketing and business development. In 2000, he was appointed president and chief operating officer, and since January of 2002 he has served as president and chief executive officer. 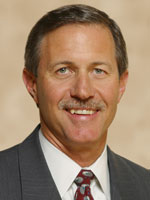 The specialty pharmaceutical company focuses on acquiring, developing and commercializing proprietary products that address the needs of patients treated by gastroenterologists or primary care physicians. The company's current products are formulations of omeprazole, a widely prescribed proton pump inhibitor, or PPI, for the treatment of many upper gastrointestinal diseases and disorders. Santarus' flagship product, Zegerid, is the only immediate-release oral PPI. All others sold in the United States are delayed-release products. Zegerid reaches maximal blood levels in approximately 30 minutes, compared with 1.5 hours or longer for the delayed-release PPI drugs. Santarus received its first NDA approval in June 2004, and three additional NDAs were approved by March 2006.

Once Zegerid was given the green light, Santarus was faced with launching it in competition with four major pharmaceutical companies. Under Proehl's direction, Santarus has taken the risk to build its own commercial organization. Santarus employs approximately 200 field sales representatives and has entered into a co-promotion agreement with Otsuka Pharmaceutical, which contributes 170 field sales representatives to the promotion of Zegerid. After entering into an agreement with inVentiv Commercial Services in 2006, the Santarus sales force presence was increased to over 500 field representatives.

Proehl has been the driving force in finding drugs to in-license, raising capital, forming corporate collaborations and hiring top quality staff. At the same time, he has overseen the complex process of bringing a proprietary pharmaceutical product from development to commercial launch in less than four years, while the typical concept to approval time for prescription drugs is greater than nine years.