Palomar Pomerado prepares to build 'hospital of the future'

Palomar Pomerado prepares to build 'hospital of the future' 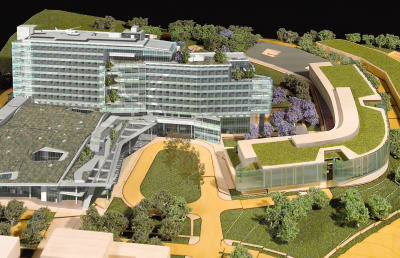 By the time Palomar Pomerado Health welcomes patients to its newly built Escondido hospital four years from now, it will have experimented with surgical robots, real-time patient information displayed on hand-held devices and plates made of corn.

It’s all part of designing the hospital of the future, a task Palomar Pomerado set out to accomplish after voters endorsed a $496 million bond measure in 2004 designed to help fund the building of a third district hospital and improvements to its existing medical facilities.

“We’re looking at ways to experiment today so when we move into these facilities we’ll be ready,” said Michael Covert, hired by Palomar Pomerado in 2003 to serve as president and CEO of the 800-square-mile public health care district. 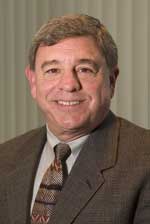 By the time the 456-bed Escondido hospital opens in early 2011, it will replace Palomar Medical Center and become the area’s only trauma center.

Now, all eyes are on the health care district as it begins grading the grounds this summer.

“We’re spending $1 billion; we have to do this right,” Covert said during a recent interview at his office in Rancho Bernardo.

So far, he said the district remains on schedule with its plans to break ground on the new medical center, located on 53 acres at the Escondido Research and Technology Center, while it completes construction and, in May, moves staff into the Outpatient Services Pavilion at Pomerado Hospital. The Centre for Health Care also will begin relocating its Rancho Bernardo clinic and administration headquarters to the Pavilion in May.

The health care district recently joined a pilot program intended to advance its building-approval process to complete the kind of work that would normally take two years in six to eight months.

“If we go through with it, you’re probably going to see 120 other hospitals go through it as well,” Covert said.

Keeping approval processes in sync at the state and regional levels and holding down construction costs will challenge the district most as it moves forward, Covert said.

Ken Simonson,chief economist for The Associated General Contractors of America, attributed a lack of interest to stringent Office of Statewide Health Planning and Development requirements. The office acts as an oversight agency on hospital construction projects.

“That may be one of the cases where they say, ‘No thanks, we don’t want to have someone manage how far we drive in fasteners … when we can put up a hotel in less time,’” Simonson said.

The rising cost of building materials also could influence building decisions, he said, especially during a volatile time in the materials markets.

“I suspect hospitals, more than other building construction, will have quite a bit of copper and wiring,” he said. “Copper has been one of the most extreme cases of price increases.”

Input from hundreds of Palomar Pomerado employees, who had a chance to tour mock-up facilities, also helped guide designs.

“Evidence and research has shown us that if you’re sick, you’re looking for a connection with nature,” Shanahan said.

Acuity adaptable rooms, designed to reduce the need to move patients from room to room, will be built to accommodate various stages of patient care.

Covert said the hospital is also considering making its plates from environmentally friendly materials, such as corn, in an effort to reduce the amount of waste it generates.

Such futuristic strategies are necessary to incorporate now, Covert said, because by the time the hospital is built, its technologies will be up-to-date.

But, he said, it’s important to keep the patient in mind during the building process.

“Care is still based on individual needs -- it’s not just technology,” he said.

Reach the reporter at heather.chambers@sddt.com.