By MICHAEL KLAM, Special to the Daily Transcript
Tuesday, July 31, 2007

From crumbling and falling behind to reinventing itself on the cutting edge, San Diego Unified School District's Lincoln High School has gone through an extensive, four-year overhaul and will reopen on Sept. 4.

Although the reconstruction -- due to structural deterioration, over-capacity enrollment and irregular grade configurations -- is not 100 percent complete, Executive Principal Mel Collins has no Plan B for reopening in the fall.

"Come Sept. 4 we're going to open up Lincoln High," Collins said. "We have a Plan A and it's going to be at 4777 Imperial Ave. We are working long, long hours to pull off the internal structures." 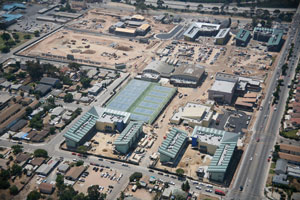 Doug Barnhart, CEO of project builder Douglas E. Barnhart Inc., reaffirms that the school will be ready. "We did have some setbacks. Any time you take on a $100 million contract you're going to have challenges," he said.

Barnhart said all buildings will be open, including classrooms, food services and administrative offices. Teachers start arriving and moving in on Aug. 6. Most of the furniture is already in, and San Diego City Schools has been unloading trucks and supplies, he said.

Collins, who hoped to move in by March, still has his office at Gompers Charter Middle School "in the boiler rooms by the dumpsters," he said with both a chuckle and a bit of concern. Yet he remains positive, focused on the future, and said students will come back to "first class, state-of-the-art modern classrooms and all of the high-tech you can imagine."

The Bill and Melinda Gates Foundation, a national supporter of the small schools model, has pledged $7 million over 33 months to support San Diego Unified's efforts to open new small high schools at the Lincoln Complex and to strengthen existing small high schools, according to the foundation's Web site.

Conceptually, small schools -- each of the four Lincoln High quadrants will have between 550-600 students -- keep students interested and involved in their learning by offering more hands-on, small group and one-to-one experiences. Imagine the difference between collaborating on projects with 10 peers as opposed to a hundred. 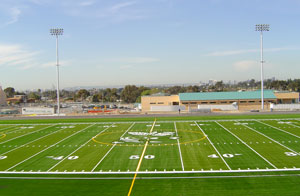 "Lincoln will have every amenity that you can think of," Collins said. "Folks did us right because it was long, long overdue."

Two of the school's academies were scheduled to open in the fall of 2006. The construction was delayed due to heavy rains and an unfulfilled contract with a prefabricated-building manufacturer.

The new Lincoln High will offer students options in each of its four small schools to accompany rigorous college-prep courses. The Lincoln 9th Grade Center for Social Justice is designed to help students become critical thinkers and powerful community members. Classes will cover the legal system, diversity, activism and empowerment. 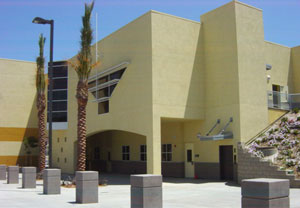 After a year's delay, Lincoln is set to reopen on Sept. 4.

The Lincoln Center for the Arts will provide visual and performing arts classes to sophomores, juniors and seniors. The students will dance, paint and design, and make movies, theater and music.

The Center for Science and Engineering will support students interested in biotech, medicine, engineering and architecture. Tenth to 12th grade students will explore the sciences through hands-on, project-based learning, and a rigorous Academically Gifted curriculum.

The Center for Public Safety will give students a jumpstart toward their careers as law enforcement officers, fire fighters, rescue workers and emergency response team members. Instructors will be experts in their respective fields.

Both Collins and Barnhart credited the community for their collaborative efforts in creating a progressive school.

"The community has been outstanding. It's been an honor and a privilege for us to construct the school," said Barnhart, who hired local community workers and chose to partner with Latino Builders, the Multi-Cultural Contractors Group, Black Contractors Association and Black IPO.

"Black IPO has been with us since day one, and their advice and council have been invaluable," he said.

Part of the plan was to diversify the project's work force to match the community.

Many Lincoln alumni have worked on the two-thirds minority labor force over the last four years. And the Lincoln Gompers Redevelopment Committee, established in 2001 to "support community engagement for the rebuilding and expansion of Lincoln High School," gave locals a planning voice at the grassroots level.

"They consider this their school," said Barnhart, who also sees the rebuilding of Lincoln as a possible boon for development in the area.