In an effort to update the busiest emergency department in the county, expand its other facilities and meet seismic safety standards, the Grossmont Healthcare District asked voters to approve a general obligation bond measure last June.

Michele Tarbet, senior vice president and CEO of Sharp Grossmont Hospital, said the district credits its success with a detailed master plan, extensive community education and its ability to demonstrate a compelling need. 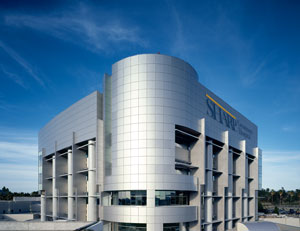 "We were able to lay out a story really being able to demonstrate, at the same time, the quality of care," she said.

Improvements planned at the hospital include 90 new patient beds to support a growing population, compliance with earthquake standards and infrastructure repairs to support the latest advances in medical technology.

An $85 million bond sale completed in early August will help fund the completion of its emergency center, where three floors of a five-story tower remain.

Other bond money will be used to add operating rooms, repair plumbing and electrical fixtures and upgrade the 52-year-old hospital so that it meets new state requirements for seismic safety that could take effect as early as 2013.

Additional bond sales, not to exceed $247 million, are tentatively scheduled for 2010 and 2012, depending on construction progress and expenses, as well as market conditions, according to the health care district. 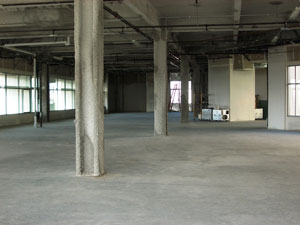 The entire process is part of a three-phase program Sharp Grossmont instituted in the late 1990s to meet the demands of 2018.

Phase one added the critical care and emergency room beds. Phase two involved the bond measure together with hospital revenues that would generate enough funding. Phase three will involve demolishing an existing tower that can't feasibly be brought up to earthquake standards and replacing it with a 108-bed tower.

Tarbet said the hospital had grown at an incredible pace since it opened 52 years ago, and its emergency department was struggling to keep up with the amount of patients that came through its doors.

"Certainly having those beds will help our capacity issues," she said. Improvements and additions are expected to happen in phases, she said, meaning all 90 beds won't arrive at once.

But, she said, "At least we have a roadmap."

Expanding the hospital would increase annual property tax bills $19.89 per $100,000 assessed valuation. About 500,000 people live in the 750-square-mile district, although they are not all homeowners.