By JAN SCHALKWIJK, Special to the Daily Transcript
Thursday, October 11, 2007

When consumers make decisions about what products and services to use, they increasingly consider the environment. "Going Green" is shaping up to be one of the major themes of 2007.

The aftermath of Hurricane Katrina, Al Gore's relentless campaign and movie "An Inconvenient Truth," and the cumulative effect of public campaigns waged by environmental organizations, among other factors, all helped to increase awareness of sustainability issues. This greater sense of awareness and responsibility in consumption is also taking hold among investors, giving prominence to a new investment strategy: sustainable investing, which combines traditional financial analysis with an analysis of environmental and social criteria.

Investing is first and foremost about earning competitive returns. However, generating profits in a moral vacuum is becoming increasingly less viable, not to mention less desirable. All things being equal, when given the choice between investing in a company that burns coal to generate electricity versus one that converts wave energy into electricity, why not choose the latter? 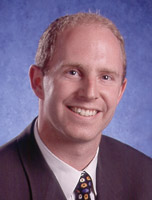 Furthermore, those companies ahead of the curve that are decreasing their carbon footprints, creating strong relationships with the community and treating their employees with great care should in the long-term come out ahead of companies that are only worried about the next quarter's earnings. Companies that choose to ignore their social responsibility take on many risks, including risk to their brands, with consumers increasingly concerned about issues such as the environment; regulatory risk, as they will not be prepared for new environmental and labor regulation; and legal risks, in terms of increased exposure to disaffected stakeholders.

Sustainable investing is derived from the concept of socially responsible investing (SRI). Demand for investments that reflect the values of the individual investor goes back a long way, at least to the 18th century when certain religious groups avoided investing in "sin stocks" such as alcohol, tobacco and gambling.

In the 1980s, socially responsible investing gained prominence through the vocal and effective South Africa divestment movement. The halt in international capital flowing to South Africa played a big role in bringing apartheid to its knees. In recent years SRI has received increased attention, due to corporate scandals from the likes of Enron and WorldCom, as well as increasing concerns surrounding climate change.

In its simplest form, SRI excludes certain investments from consideration, based on investor-defined criteria. Some investors may choose not to hold companies that derive their revenues from alcohol, tobacco, firearms, nuclear power, weapons systems or whatever their value set dictates.

Today, SRI is not just about "what you can't own," but increasingly about "what you can own." Screening for companies that make a positive impact in terms of their environmental policies or social stance is at the root of sustainable investing. Only those companies that develop positive relationships with all their stakeholders, including the shareholders, the environment, the consumers, the work force and the community at large, have business models that can be sustained into the future.

It is important to note that sustainable investing is not a black-and-white situation. There are few, if any, companies that are perfect corporate citizens. The good news is that investors can get involved to keep companies on the right track. Shareholder activism is about a shareholder's right to influence the board of directors to behave as a responsible steward of the corporation. Ultimately, shareholders own a company and have the power to influence its direction.

Institutional investors have been at the forefront of filing shareholder resolutions on environmental, social and governance issues. From 2003 to 2005, shareholder resolutions were filed on environmental and social issues backed by more than $700 billion in share value. As an example, P&G agreed in 2003 to introduce Fair Trade Certified coffee through its Millstone specialty line, after two years of intense shareholder advocacy.

Sustainable investing is here to stay. According to the Social Investment Forum, an industry trade group, assets involved in social investing strategies have increased 26 percent annually over the last decade, from $639 billion in 1995 to $2.29 trillion in 2005, representing nearly 10 percent of professionally managed assets in the United States.

Schalkwijk, CFA, is the founder and principal of downtown San Diego-based JPS Global Investments, an investment advisory firm that specializes in sustainable investing.