A homegrown San Diego business has taken its architectural foam products onto the green scene.

From faux beams and signs to monuments and props shaped in any form with the help of a computer-aided design (CAD) system, The PCF Group creates elements out of foam for residential and commercial structures.

Although the company started in 1995, known then as Pacific Coast Foam, Vice President Scott Buckley said the idea of using foam as a part of construction is still new to the masses.

"Even people that are in the industry are like, 'Foam? ... I'm not going to put foam on my building. Why would I do that?'" said Buckley. 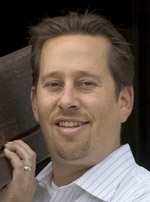 However, residential and commercial institutions are catching on. Josh Degano, the general manager of PCF, said the last three quarters have been the company's best. He also said the company of 30 employees located on Miramar Place currently has 80 percent to 90 percent of its business outside the San Diego region.

With all this foam making its way around the country, PCF has found eco-friendly business approaches to take part in the green movement.

The company's products are not styrofoam but are in "the same family," Buckley said. The group uses a modified version called expanded polystyrene (EPS) foam, which has a number of environmental attributions.

According to the EPS Molders Association, EPS is ideal for green building due to its energy efficiency, recycled content, mold resistance and indoor environmental quality. 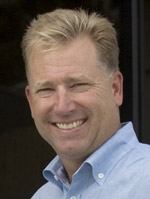 Among the environmental characteristics of EPS, the association lists it as being free of chlorofluorocarbon (CFC) and hydrochlorofluorocarbon (HCFC). It is also mold resistant, has a stable R-value and does not affect indoor air quality.

In addition, PCF also took the initiative to ask for recycled materials.

"Our foam core has 30 percent recycled content that we get directly from the manufacturer," said Degano. "They actually never did it until we requested them to do it for us specifically. So they were able to tweak their operations so they could supply us with that."

Buckley and Degano also sought innovative ways to separate themselves from the rest of the industry while keeping their environmental objectives.

"There's so many other foam companies out there and foam in itself has a bad connotation where it's permeable," said Degano. Such a penetrable material invites potential for damage.

"That's when we came up with the coating and getting it thick," he said.

The coating is a quarter-inch thick and made from gypsum, which is recyclable as well as fire-retardant.

Another aspect of the company's green manufacturing efforts is switching from oil- to water-based stains. PCF artisans are able to replicate wood grains and other textures. The company is expecting its fourth-generation beam, EcoBeams, to be trademarked next month.

Since PCF does works for the hotel, casino and restaurant industries, it was important for the EcoBeams to comply with fire commercial codes.

"We have a Class 1, Class A foam that we use that has a fire retardant to it so when we're doing the exterior moldings or interior ... that foam is self-extinguishing," said Buckley.

If the foam were to burn or melt, it would be no more toxic than wood, he said.

The EcoBeams also satisfy criteria to be considered a green product. The guidelines are set by the United States Green Building Council (USGBC), which developed the Leadership in Energy and Environmental Design (LEED) building rating system.

The company's waste streams are also diverted from the landfill with the help of a machine purchased from a Korean manufacturer. It allows the company to recycle 100 percent of the byproduct.

"We got really serious about looking at the product itself," said Buckley. "What goes into it, how we make it in the back (and) what we do with the byproduct."

The machine produces an ingot, which comes out hard like porcelain and is used to make picture frames.

The benefits of using PCF products include the overall cost savings. Buckley said EcoBeams are about a third of the cost of real wood beams. This includes the cost of the material, installation and shipping.

As a member of the USGBC, the company continues to improve the quality of its products with environmental efforts. PCF is looking to cut back in every way it can to preserve resources, including how it manufactures its products.

PCF is currently in the process of adding solar photovoltaic panels to its building. Degano and Buckley also have the panels on their homes.

The PCF Group looks at the bigger picture of its business as it continues to look for more ways to be eco-conscious.