Beyond design: Architecture firm looks to understand clients' businesses, not just their buildings

By JILL BLACKFORD, Special to the Daily Transcript
Thursday, February 21, 2008

Austin Veum Robbins Partners (AVRP) approaches its design with a blend of pragmatism and beyond-architecture thinking that keeps it successful, and an awards recipient, even in climates like today's softer market.

Ranked in the top 15 percent of architectural design companies in the United States by Building Design & Construction, the firm is braced against the inevitable shifts in the market, in part, via its three-pronged approach.

"We are comprised of three disciplines: urban mixed-use, corporate, and campus and community. It's a three-legged stool because these business centers tend to not run in exactly the same cycles," said Chris Veum, president and COO.

For instance, the urban sphere is being affected by the housing market, while campus and community tends run its own independent course. AVRP has only two office building projects currently underway in the San Diego market, while the bulk of its work is on the tenant improvement side. Veum estimates the current project mix is now 70 percent tenant improvement. 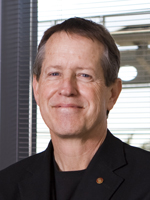 On the corporate side, San Diego's science and technology sectors are still growing, a trend which spans to AVRP's national and international projects as well. The firm has more than a dozen active projects with Microsoft (Nasdaq: MSFT), and others with Sony (NYSE: SNE) and Nielsen.

AVRP is different in its fully interactive approach to working with such corporations: Team members hole up on location with their clients, getting to know the intricacies of their businesses -- not just their construction needs.

"Yes, a business is affected by its space," Veum said. "We assess the workplace and then have an internal process to assess their business model and how it affects workplace strategy. This is a springboard to in turn resolve the workplace."

Veum and colleague Doug Austin, the firm's chairman and director of design, have for many years approached the industry from the perspective that people can be more efficient in small spaces. For instance, at client Microsoft, all the facilities are wireless, which encourages flexibility and employee interaction. Also, Veum has noticed that people are finding less and less that having a large office is a reward in itself. Thus, community spaces can instead be bigger, and there's less need for those energy inefficient, glass-fronted corner offices. It's like going from a Cadillac to a Toyota, Veum said, and noted how much this can increase productivity. It's also right in line with the overall corporate trend toward green building. Microsoft, for instance, requires all projects to be LEED compliant.

The approach to making good use of space has been applied to AVRP's housing projects as well. Smart Corner, for example, while not immune to the housing market downturn, is better poised to handle the shift with its various-sized units and link to downtown public transportation. Austin said he and his colleagues also applied his firm's broader approach to design problem solving by looking at maximizing the internal rates of return on the project and seeing what hard and soft costs the market can support. 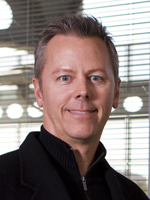 "A lot of architects are hung up on the aesthetics of a building," Austin said. "And those are things that are on our minds at all times, too. However, we add the extra dimension of investigating the financial side of design as well."

In the housing space, Austin also emphasizes the importance of understanding the urban fabric -- and how a building can be a good piece of that.

"We've become better architects by understanding more of the pieces than we are trained to do. Architects are trained in school in a very intense environment. There's not much time to get a business orientation," he said. "Instead of just focusing on what other architects are thinking, you've got to understand what Wall Street, the real world and your clients are thinking -- or you'll be at a disadvantage."

Austin cited as an example the increase a few years ago in the cost of steel and concrete by 30 percent to 40 percent in just one year. That can be debilitating for a project. So architects have to think about cutting costs without diminishing value. Thus, understanding the full financial equation is imperative.

Linking back to company -- and consumer -- demand for green, Austin predicts that over the next decade mixed-use and even denser forms of mixed-use will become more of a focus.

"It's here to stay because of environmental pressures and values," Austin said. "It's also the only thing that makes sense versus building and spreading like L.A. and covering the landscape with asphalt."

Plus, he noted, today's generation is looking more to a "Seinfeld" urban model of living versus the baby boomers' "Ozzie and Harriet" suburbia. These cultural shifts along with economic and land-use pressures will continue to lead building in the direction of new urbanism and space efficiency.

Looking ahead is not only essential for keeping their business leading edge. Veum and Austin agree with one of the architectural greats that looking forward is essential for staying excited and passionate about the business.

"In an interview with Frank Lloyd Wright -- potentially the most famous architect in the U.S. or even the world," Austin said, "Edward R. Murrow asked Wright of all his great projects, which was his favorite. Wright, who was 92 years old at the time, answered, 'Why, the next one, of course.'"