Renewables not a flash in the pan, energy leaders say

Renewables not a flash in the pan, energy leaders say 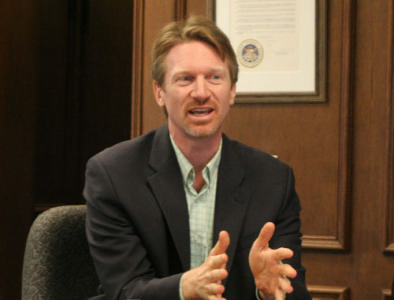 In the aftermath of the summer bankruptcy of the government-backed California solar panel maker Solyndra, expectations among renewable energy wonks, who describe the company’s failure as an outlier among many successes, remain generally high. But some policy research analysts are more skeptical — not doubtful, but still skeptical.

Voices from both the skeptical and hopeful sides met for a recent Daily Transcript roundtable. Solyndra was a hot topic.

“Solyndra is not a great example of the renewable energy industry, because panels are getting very cheap,” said Robert Wilder, chief executive officer and founder of WilderShares LLC.

The price of panels matters, he said, because Solyndra’s business model was based on polysilicon, which goes into solar panels, near $100 per kilogram. But the price, he added, is now $40 and going down.

“Solyndra’s model, based on that being expensive, fell apart," Wilder said. "The only thing they could do was to make a lot more and sell at even a bigger loss.”

As far as Wilder is concerned, that does not make a great case for slimming down taxpayer investment into renewable energy, which he and Pearson Fuels president Mike Lewis said deserves just as much a government leg up as more traditional energies have for decades.

“The oil industry does not like to talk about the fact that the Strait of Hormuz being guarded against attack is what allows us to have — it’s hard to say, but — inexpensive oil,” Wilder said. “The subsidies are immense, but largely hidden, for fossil fuels. (But) they go to the end user very visibly with renewables.”

The $535 million Department of Energy loan guarantee Solyndra received was about as visible as it gets, Lewis said.

Kelly Smith, president of Ambassador Energy, said it was no secret that Solyndra’s model was not going to work. Dan Sullivan, president of Sullivan Solar Power, said the collapse was also due largely in part to the tube structure Solyndra used in its modules. It was one of a kind, he said, and had never been developed on a large scale before.

Neil Senturia, co-founder and chief executive officer of Oberon Fuels, a producer of the diesel alternative dimethyl ether, said any business needs to develop a business model that works regardless of subsidies.

“If you get tax credits and other things, that’s like whipped cream on your chocolate cake,” Senturia said.

He later qualified his statement to say he is in total support of government spending, but that at some point, which he wasn’t able to quantify, companies need to be self-sufficient.

"Yes, the government should continue to encourage innovation and subsidize, in some ways, alternative energy,” Senturia said, comparing the need for startup help to the innovation that led to the bicycle from the tricycle.

Because of the stable pricing offered, she said, the program is oversubscribed by nearly 20 percent.

"You didn't need to see any type of subsidy to make that work," Martinez said.

There are three incentives currently available in the state of California, including a federal tax credit, the California Solar Initiative and net metering. The tax credit is scheduled to expire in 2016. The initiative is winding down. And net metering is currently under threat from a rate case brought on by San Diego Gas & Electric.

Peter Hamilton, director of energy services for the California Center for Sustainable Energy, said the center has done some analysis on the potential effects of that case. If net metering goes away, it will "severely impact the financial viability of behind the meter solar," Hamilton said.

Howard Susman, partner at Stoel Rives LLP, doesn't believe the government-backed loan guarantee to Solyndra was flushed away, despite the large losses.

"The loan guarantee program had two purposes,” he said. “One was to provide a credit support, which would not otherwise exist ... because there's a little more risk involved in some of these technologies.”

It was “understood” by the government that some investments were “going to fail,” he added.

The second purpose of the investment, he continued, was to promote job growth. In the end, he thinks the significance of the Solyndra collapse to the rest of the industry is "nothing," and that the fuss made and investigation carried out during the past two months has just been a game of political football.

"All of this noise in the media has been just an attempt to shoot at the political candidates. This is about the 2012 election,” Susman said. “The fact that some of (the loan guarantees) would be lost going in was a given.

According to Erik Bruvold, president of the National University System Institute for Policy Research, the central challenge facing the industry is that labor costs are being driven out with countries like China pouring enormous amounts of government money into promoting their products.

Based on that premise, he's not convinced that the jobs Susman, Sullivan and several of the other roundtable participants expect to come actually will.

"One of the challenges in moving forward, both for policy makers and those in the industries, is to be realistic about the actual job component part of it,” Bruvold said.

While noting that there's a tremendous advantage for small-scale solar deployment in the country, such as that provided by Sullivan, Bruvold said it's a murky picture when it comes to the actual production of renewable energy.

No statistical evidence he's come across supports that assumption, he added.

Scott Anders, director of the University of San Diego's Energy Policy Initiatives Center, said one of the problems with government is that it gets excited about things before it has a chance to create a solid plan.

"They try to pick winners and losers," Anders said. "I would argue that the best policy is one that says the ground rules ... and then walks away."