Attaining required building permits from jurisdictions within San Diego County represents one of the larger hurdles in the construction process for developers and contractors, as the procedure can delay the commencement of a project.

Having grown frustrated with the time it takes to physically attain permits at that jurisdiction's office, a growing number of developers and builders are contracting out the task of pulling permits to experts such as Donnis Eninger, president of Precise Permits.

Eninger, who has more than 20 years of experience pulling permits for a variety of small and large projects in all jurisdictions of the county, initially started her permit-related career while working for a local architecture firm's in-house processing department in 1983. 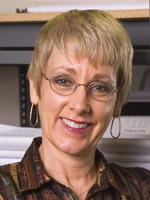 After a years-long hiatus from processing she noticed there were only a handful of experts within the construction industry that specialized in attaining permits, which prompted her to establish Precise Permits in 1987.

"That subculture of construction was needed," Eninger said. "There's only certain personalities that can deal with the bureaucracy and the pressure of all the jobs ... it's juggling many different things at once."

Today, because she is solely responsible for pulling all permits for her clients, most of her work is done in the field at various jurisdiction offices. But technically she spends nights at the office, as the second floor of Precise Permit's building, which she owns, is her home.

Eninger completes most of her work in the city of San Diego, a jurisdiction considered by many in the industry to be the hardest to work with in terms of attaining permits.

"I don't find it to be too difficult because we know everybody down there. That really makes the big difference," she said. All other jurisdictions, except the county, have their little quirks, but they're small, "so they're usually kind of a breeze to get through," she added.

She is currently attaining permits from the city for ResMed, a medical/office building project in Kearny Mesa that may include up to 500,000 square feet of new office space. Permits for the 250,000-square-foot parking structure have already been drawn.

Attaining permits for such a project involves more than a trip to the city of San Diego's offices, she explained.

Typically after receiving a call from a client she'll obtain the project plans drawn by the client, take care of the necessary formwork and submit the project to the necessary departments, which are expected to review the plans and send correction items related to the original plan back to the developer.

After submitting the initial plans, Eninger calls up the specific department's plan checkers and confirms that the developer will receive the list of correction items on time.

"Because developers usually have so many other things going on, they won't call for the plans after they're released for at least a week," she said. "We'll (Precise Permits) just stay on top of it."

Eninger reiterated that knowing the plan checkers that work for the jurisdictions is a big key to obtaining plans quickly, as they know she'll be on top of the processing timetables and will pester them if the plans aren't checked on time.

Once the initial plans have been checked and released, with correction items that must be applied to the plans in order to pull a building permit, Precise Permits obtains the plans and delivers them to the project's architect and engineer.

"The client typically doesn't have to step foot in the jurisdiction's offices," she said.

The time it takes to attain all necessary permits can vary from a couple weeks to several years, depending on project type.

Eninger said residential projects, such as a single story room add, can be done over the counter and involve visiting a specific jurisdiction's office at least once with corrected plans prior to obtaining permits.

Projects that are two stories or more, however, must go through the submittal process, which can take at least a month -- meaning an architect or engineer won't see corrections items following submittal for more than a month.

How quickly the permits are pulled depends on the time it takes to correct the plans, resubmit them and hear back from the plan checker. This process can repeat itself several times and can take up to two years for large projects such as ResMed, Eninger said.

Plans typically have to go through a number of departments prior to issuance of building permits, including: health and safety, planning/zoning, structural, mechanical, engineering, fire and electrical.

In addition, larger project must also go through the discretionary and environmental review process up front. All projects along the coast must also deal with the Coastal Commission.

In the past, a substantial amount of Eninger's client base was residential developers. However, they have "dropped off," which will require her to obtain more commercial and commercial tenant improvement-related work in a shifting industry.

"The pendulum swings. Those who ride it out are stronger when they come out the other end," she said.