From the ground down: Professional design firm advises on key San Diego projects

By JILL BLACKFORD, Special to the Daily Transcript
Thursday, January 3, 2008

Its vision is to transform communities, and Project Design Consultants (PDC) has certainly made its mark on many in the San Diego region.

The multidiscipline professional design firm was started in 1976, and is now managed by two principals, Greg Shields and Rex Plummer. With involvement in noteworthy projects throughout San Diego, PDC is helping to build -- and improve -- various aspects of the city.

More than 200 professionals in the San Diego headquarters, Temecula, Phoenix and Bakersfield offices provide planning, surveying, civil engineering and landscape architecture consulting services to both the public and private sectors.

Plummer maintained that encompassing diverse disciplines in one firm provides value to the client. 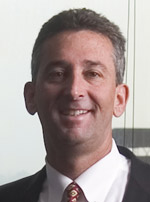 "One of the real benefits of having different professionals in our organization is that we work closely, share information and learn to work well as a team," Plummer said. "We really cross-train one another. Among civil engineers, landscape architects, policy planners and more, all knowledge is shared -- and that builds a stronger team."

That team has been chosen to provide engineering and permitting services for high-profile projects such as the San Dieguito Lagoon Restoration Project. As Plummer described, the San Dieguito project is creating additional wetlands and wetlands habitat as mitigation for the environmental impact of the San Onofre Nuclear Generating Station near Camp Pendleton.

Spearheaded by Southern California Edison, the designs for the project were first drafted around 20 years ago and are now being implemented. PDC is providing services such as preparing construction documents, managing flood control coordination and obtaining all the required permits, which Plummer said included "every one under the sun." 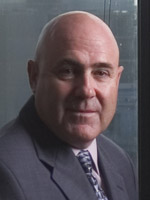 PDC has also been chosen as the lead design services team for Phase I of the North Embarcadero Visionary Plan (NEVP), which aims to revitalize San Diego's bay front and link the bay to downtown. The $20 million first phase, due for completion in 2010, will narrow Harbor Drive to make way for a 100-foot promenade between Broadway and B streets. The overall NEVP will glamorize the bay from Laurel to Market Streets via a 1.2-mile esplanade, 1,770 additional trees and an entrance from Santa Fe Depot west down to the water.

In PDC's project archives are other significant projects like the Omni Hotel and Condominum project downtown, the Gateway of the Americas mixed-use project in Imperial Valley, and the lauded Petco Park, for which the firm received numerous awards such as the National Award Recognition from the American Council of Engineering Companies.

To complete such complex projects, PDC works with the other construction and design professionals involved, often in an advisory capacity. In describing how PDC's handful of disciplinary professionals in turn works with, say, developers and architects on a given project, Plummer simplifies it easily.

Plummer, PDC's president, started out in construction in 1970 and transitioned to consulting in 1983. He's worked on projects ranging from nuclear power plants to a space shuttle launch platform, and the more typical assignments in between.

Shields is a licensed civil engineer who often acts as client liaison for PDC's various projects, and he also takes the lead in site studies, construction management and more for project completion.

Like many in the building arena, PDC is now engaging in sustainable design and new urbanism. As an illustration in sustainability, Plummer cites one of the firm's projects, Rancho San Juan, a 3,500-acre, master-planned community in Salinas. Because it was an opportunity to be free of the constraints of a specific developer, PDC approached it with complete sustainability in mind, Plummer said.

"Since the county (of Monterey) was implementing it, we wanted to use as many sustainable designs as possible. We weren't constrained by marketability as much as a private developer would be," he said.

And yet, he added, there were still mixed opinions on it.

"Sustainability is a buzzword, but it's not quite a universal buzzword yet."

As for other trends in the industry, Plummer expects even broader changes ahead. He noted that while the opportunity to build suburban master-planned communities diminishes, infill and vertical projects will increase and accelerate. He also stressed that public infrastructure needs are tremendous now, and increasing population growth forecasts will demand even greater investment in infrastructure.

These changes mean increasing demands for experts on the accompanying regulatory and compliance changes for development. That in turn means design consulting firms like PDC will need to stay involved in projects at the onset to help determine not just what is permissible, but what is optimal.

"We need to be current with the times and stay up with the ever-changing regulatory world we live in," Plummer said. "We have the challenge of how do we continue to be creative for our clients to achieve their project goals while staying in compliance with new and changing regulations."

If the past three decades are any indication, PDC will continue to balance client visions with the realities of compliance -- from the ground down.