Who controls and benefits from fire insurance policy proceeds?

As the Witch Fire blazed through North County in October, some of San Diego's most elite ZIP codes were hit hard. Multimillion-dollar homes and estates were either leveled or severely damaged by smoke and falling ash. As these wealthy homeowners begin the rebuilding process, they are finalizing insurance settlements that could pay them millions of dollars to rebuild what once were grand estates. At the same time, they are learning some hard truths about the terms of their mortgage loans.

When the insurance proceeds are released, some of these homeowners will be surprised to learn that their mortgage lender will control the proceeds and dictate the rebuilding process. Adding insult to injury, oftentimes the lender will seek to invest the insurance proceeds for its own benefit during the process. As with any financial relationship, the terms of the contract control the relationship. The Deed of Trust will detail the parties' rights in the event of casualty loss, and typically authorize the lender to hold and disburse insurance funds upon casualty loss. To some, this seems unfair. After all, the insurance proceeds are available only as a result of the borrower's payment of premiums under a private contract with the insurer. In addition, having a large, bureaucratic institution control the funds will only slow down the process of rebuilding. 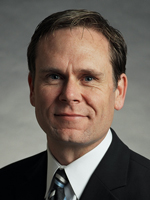 These are valid frustrations, but allowing the lender to control insurance proceeds in the event of casualty loss is fair. The mortgage lender's loan is secured by property which, at the time the loan was underwritten, had a dwelling on it. So the lender has a valid interest in assuring that the replacement dwelling is adequate to protect its loan. Typically, lenders will disburse the insurance proceeds piecemeal throughout the rebuilding process, with a covenant that it will promptly inspect the reconstruction so as to not delay the completion of the home. This provides the borrower protection and comfort that the rebuild will not be unreasonably delayed.

But what about the appraisal value of the property? Because of record appreciation of Southern California real estate in recent years, especially in the high-end market, the value of the now undeveloped property could easily provide much, if not all of the lender's security. Borrowers will argue that they only have to turn over to the lender that portion of the insurance proceeds which, when added to the appraised value of the property, fully secures the loan.

For illustration purposes, if a fire victim's now undeveloped parcel is worth $1 million, and the outstanding loan amount is $1.5 million, the borrower would take the position that handing over to the lender an insurance check of another $1 million will over-secure the lender. However, lenders do not take into consideration the value of the property or any remaining structures, and will claim entitlement to the proceeds up to the amount of the loan, ignoring the value of the property. Lenders have support for this position in Civil Code § 2924.7(b), which provides that the provisions of the Deed of Trust control, and allow a lender to control insurance policy proceeds "whether or not impairment of the security interest in the property" has occurred.

Because October's fires leveled some homes insured for millions of dollars, one of the first concerns these homeowners have is who will earn interest on the money during the rebuilding process. Reconstruction typically takes between 12 to 18 months, and likely longer when trying to replace an estate with custom amenities. Most mortgage Deeds of Trust provide that the lender is not obligated to pay interest on insurance proceeds held during reconstruction. Lenders often rely on this provision to have free use of the money to earn market interest rates for its own benefit during reconstruction. However, as a matter of law, mortgage lenders are required to pay borrowers interest on the money.

It is worth noting that the Freddie Mac Single-Family Seller/Servicer Guide requires lenders who work with or sell loans to Freddie Mac to pay interest on insurance proceeds held during reconstruction.

However, one can be certain that unless the lender agrees to segregate the funds, it will earn interest well in excess of 2 percent. Because the insurance proceeds are considered additional security for the lender's mortgage loan, a debtor-creditor relationship exists as opposed to a trustor-trustee relationship. As a result, the lender is free to commingle and earn interest on the funds in excess of 2 percent, or it may separate the funds into an account earning 2 percent. It has no obligation to ensure the money earns market rates for the benefit of the borrower.

Cleary is an associate at Solomon Ward Seidenwurm & Smith LLP, a downtown San Diego-based law firm that provides a full range of legal services to individuals, as well as to businesses of all sizes.