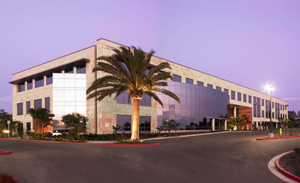 Barbeques Galore Inc. occupies approximately 8,800 square feet of the same building for five years. Its lease is valued at $1.8 million-plus.

Brightstar Golf is the most recent company to join the lineup of new tenants at Ventana Real, signing a five-year lease valued at more than $740,000. The firm occupies 4,158 square feet.

Construction on the second phase, which will include an additional 81,750-square-foot, three-story building (2175 Salk Ave.), is slated to begin in the coming months. Additional leases on the first buildings are currently in negotiations.

The project has the ability to accommodate a large Class A office tenant with the construction of the second phase at any time, according to Grubb & Ellis|BRE Commercial's Mark Avilla, one of the project's leasing agents.

Leasing on behalf of the landlord is being handled by Avilla, Justin Halenza and Matty Sundberg of Grubb & Ellis|BRE Commercial. For more information on leasing at Ventana Real, call (760) 431-4200.