When Magda Marquet and her husband Francois Ferre left high-paying biotech jobs in 1998 to co-create their own company, Althea Technologies Inc., their friends called them crazy.

But the couple held fast to their dream of building a cutting-edge business that would step up drug development by offering dependable, quality services to the biotech and pharmaceutical industry; a company whose employees' hard work would pay off in knowledge and advancement; a company where the work itself would benefit the lives of others.

"We looked back in 1997, as people coming from overseas, and felt that the promise of America was a bit bigger than the one that we were living," Ferre said.

With their combined expertise -- Marquet had patented several new methods to produce clinical-grade DNA as executive director of pharmaceutical development at Vical Inc. (Nasdaq: VICL), and Ferre had made a name for himself in cancer research and HIV clinical development at Cytometrics and The Immune Response Corp. -- the couple got off to a good start. They raised $2 million in the first quarter of 1998. 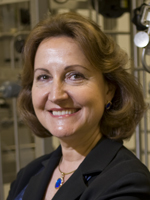 "We were quite surprised to get such a good response," Ferre said. "We were two scientists with a big dream. We put the money in the bank and said, 'Now what?'"

1999 was a tough year of trial and error, and the company almost crashed. But in 2000, Ferre and Marquet focused on manufacturing services, specifically making DNA for gene therapy. The biotech and pharmaceutical industry recognized the magnitude of Althea Technologies' products in the fight against disease.

"We started the company in '98 and became profitable two years after looking at gene expression -- or having a protein made from a gene," Marquet said. "We applied the technology to help develop safer therapeutics."

The company has not stopped growing since.

"There was no turning back," Ferre said. Althea Technologies has expanded its service portfolio by doubling its manufacturing capacity and becoming a leading provider of gene expression analysis, custom assay development services, protein and plasmid DNA production services, and aseptic vial and syringe filling of Phase I, II, and III clinical products.

Althea Technologies surfaced as a leader and service provider in the development, testing and manufacture of therapeutic products and vaccines. The genomics revolution helped scientists to understand that each individual patient has many different gene variations, Ferre explained.

"It is a fallacy that one drug will benefit all," he said. "A drug that could be just the right one for one guy could be toxic for another."

Althea recently spun out Althea Diagnostics Inc., an independent company that will provide genetic testing services and products with the ambitious goal of curing cancer by "reducing the time, risk and cost of cancer drug development and bringing cancer diagnostics into widespread clinical use," according to a company press release.

The board appointed industry veteran David Macdonald as CEO. Althea Diagnostics, by leveraging previous technology from Althea Technologies, finds itself uniquely positioned "to establish a leadership role in cancer diagnostics," said Macdonald in a recent interview. Clinical use will include treatment for leukemia, prostate cancer and childhood tumors, he said.

Macdonald had been consulting with Marquet for nine months prior to accepting his appointment.

"It's exciting to watch the company grow," he said. "Both Magda and Francois are fantastic entrepreneurs."

The culture at Althea is hardworking, challenging and fast-paced, Macdonald said, but the staff enjoys working there.

"Althea gave me great growth opportunities to learn things so quickly from quality control to manufacturing and operations," she said. "It was a great opportunity right out of school."

The company was honored last year as a Top Workplace Finalist by the Wall Street Journal and received 2006 and 2007 "Best Place to Work" awards from the San Diego Business Journal, Employers Group and San Diego Magazine.

"It's the people that really make the company," said Rosness, who began at Althea as a resident assistant and now has both the purchasing and manufacturing departments under her. "Magda and Francois foster the company culture. They encourage employees to work hard but also to enjoy their work."

Marquet, a board member of Athena -- an organization for executive women in the San Diego life sciences, technology, health care and business communities -- proudly noted that Althea Technologies' staff is "over 65 percent women," and said that hardworking employees can apply what they learn and advance quickly.

The company continues to presses forward, too. In 2007 Althea Technologies received a fourth consecutive Fast Growth Award by Deloitte & Touche.

Ferre sees his wife and colleague in the brightest light: "Magda is one of our main strengths, a very charismatic leader; you are drawn to her. She has a mix of charm and inner strength," he said.

"You can see the sense of purpose in her, the purpose and integrity of creating a better life for yourself and for the rest of us," Ferre said.