On its Web site, Technical Logistics Corp. refers to the company by its initials: TLC. In the world of defense-oriented tech services, "tender loving care" isn't a phrase that comes up too often, but TLC's founder and chief executive said that's what sets her company apart.

"We really focus on a work/life balance here," said Ellie Ramos, who started the company more than eight years ago out of her home. "We want people to be with us for the long haul."

Located in National City, TLC focuses on four business areas of technical support: software engineering, process improvement, command support and logistics. Most of the company's work is currently in engineering, but Ramos said her main business focus for next year is to expand TLC's logistics work. The company is on a path to expand by at least 10 percent this year, which would actually be a comedown after expanding 50 percent last year. 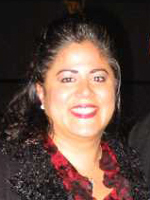 "We're managing growth because I've been in companies where the growth has been way too rapid and it's not been managed properly," Ramos said. "I really think that we could have been much larger than we are now, but I don't think we'd be the company we are today, and I'm exceptionally proud of what we are."

TLC began with just Ramos doing documentation work for the military, meaning she converted hard copy manuals and other documents into digital format so they could be more easily updated.

When she and her husband looked to start a family, she wanted to establish her own business that would allow her to work from home. Her husband, a former U.S. Marine, played baseball with a team of SPAWAR employees who told Ramos that the government is required to use small businesses and minority-owned businesses for a certain amount of work. Since a woman owning a technology company is rare, she would fit the criteria to fill several quotas, giving her an instant niche market.

After about two years, Ramos began expanding the business. She has a business background, and while doing the documentation work, she noticed other opportunities for military tech support. She began hiring employees who could fulfill those jobs, and the business kept growing from there. She now has 33 employees. Last year, her husband came to work for the company, too.

"I think that where a lot of businesses, especially small businesses, make their mistake is the technical expert is trying to run the business," Ramos said. "The beauty was that I had such an extensive business background, I was able to bring in and hone the right skill set to plug into the different opportunities."

TLC largely operates as a subcontractor now, doing jobs for larger defense contractors like Computer Sciences Corp. and more recently SAIC (NYSE: SAI). Ramos said she would like to get contracts with other government agencies like the FBI and DEA. TLC does some work with commercial organizations, but Ramos prefers government work.

"With the government, all things being equal, you will get paid," she said with a laugh. "It may not be in a timely manner, but you will get paid. It's a different set of circumstances as it relates to commercial business."

Competition for government contracts is tough. The logistics work Ramos is hoping to move the company toward is largely "sewn up," she said, with agencies only using a small pool of companies. But TLC's customers tend to be happy with the company's work. Ramos attributed last year's 50 percent growth to "organic" contracts -- new work from old customers. So she's going to try to make more collaborations.

That's where being a small, woman-owned tech services company can come in handy. Ramos said she doesn't like to get work just because she fits a niche on a government quota; she prefers TLC to get work because it's the best company for the job. But she admits the company's unique leadership does open doors.

Having a woman at the top makes TLC different in other ways too, though, Ramos said, and those differences have also helped the company to both get and retain work beyond the fact that it sometimes helps fill a quota. She said that while some of her managers think she's "too nice," she thinks the employee-friendly atmosphere at her company makes her employees more willing to go the extra mile and care about what they do.

"There really is just a different way of doing business that is not necessarily male or female, but is feminine and masculine," she said. "There is just automatically a little more compassion or consideration that tends to come -- and that's a stereotype of course -- but those are certain things that are attributed more to feminine qualities."

Ramos said she has very high standards for which she hires, and expects her employees to work hard and with the highest level of integrity; but she also doesn't expect them to stay at the office until midnight. In return, she stands by her employees. She recalled a recent incident where a customer thought an employee made a mistake. Ramos said she defended her employee -- who hadn't made a mistake -- so strenuously that the client was taken aback.

She said it promotes a culture of mutual respect in the office, in which employees feel appreciated and in turn work hard for the company. Ramos said she's seen other businesses, generally larger companies or government agencies, that look only at their numbers and treat employees somewhat cavalierly, and that, in her opinion, is what creates slow and disinterested employees who don't do good work. The opposite is true of her own, she said.

"It's a very different way of business and we've been successful with it," said Ramos. "That's not something we'll negotiate away."