With a grandfather, father and two sons currently or having been in the business, Solana Beach-based Prevost Construction Inc. is very much a family affair.

The general contractor best known for its tenant improvement work started in 1989 with a couple of employees. It has 22 today.

The late John Prevost Sr., who worked for his son John Prevost Jr. for a time, was employed by Four Star Construction and Broadmoor Homes. Following in the footsteps of his general contractor father, John Prevost Jr., who had done tenant improvement work for The Koll Co. for many years, decided to strike out on his own and in 1989 opened up a small shop in Sorrento Mesa. He continues to be active in the business.

Now, even while it is Jamie Prevost's turn to run the company, he is grooming his 21-year-old brother Taylor to take the reins when Jamie retires. 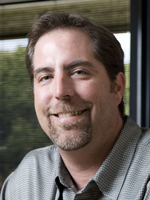 Jamie Prevost, who started working for his father in 1990, said the company stayed small for the next decade, but that kept the firm busy and responsive.

Prevost Construction has had many challenges along the way. The greatest, he said, have been the result of faulty pre-construction preparation.

"There are times when the scope of work, the plans are unclear, the documents are incomplete and/or the budget constraints are unrealistic. Fifty percent of the projects we do have at least one of those problems ..." Prevost said. "We have to be the quarterback that brings it all together."

It seems Prevost Construction has figured out the formula for making these projects work. The firm has worked on more than 3 million square feet of Class A life science, high-technology and standard office building space since its inception.

Also in Sorrento Mesa, the company handled a 136,000-square-foot, six-story tenant improvement job for Alaris Medical in the Wateridge office complex in 1997.

"We did the entire building in four months," Prevost said.

The firm then oversaw the development of an additional 83,000-square-foot production facility for Alaris at the back of the property toward the end of the 1990s. Alaris was acquired by Cardinal Health (NYSE: CAH) in 2004.

Prevost Construction is a general contractor that specializes in all areas of tenant improvements, including Class A office environments, biotechnology and medical facilities, high-tech manufacturing, retail stores and restaurants.

Prevost seems to have a special place in his heart for biotechnology projects -- in particular incubator space for fledgling companies that might originally have been developed for much larger users.

"There are these big single-user facilities, but there's a lack of small incubator space that's modern," Prevost said. The need now is to upgrade obsolete larger spaces.

As an example, Prevost cited the division of 73,000 square feet of vacant Scripps Health space that had been used as animal testing laboratories. The space is now being divided for incubator laboratory space on John Hopkins Court on the Torrey Pines mesa.

Nearby, Prevost is building a 10,800-square-foot remodel of an old laboratory space for Apoptos Pharmaceutical, a cancer research firm in a building on Road to the Cure Way.

Over in the old Sidney Kimmel Cancer Center building, which is down Road to the Cure Way from Kimmel's new facility, spaces have also been carved up to accommodate small laboratory users needing 5,000- to 20,000-square-foot spaces.

Prevost is now underway on a 20,000-square-foot conversion of lab space to office space for Neurocrine Biosciences (Nasdaq: NBIX), a product-based biopharmaceutical company consolidating operations within its two-building campus in Del Mar Heights.

In 2007, Prevost was selected by Veralliance Properties, a corporate real estate solutions company focused on office and life science assets, in joint venture with BioMed Realty Trust (NYSE: BMR), for a 16,923-square-foot build-out valued at $2.1 million for Scripps Health. The new clinic screens patients and processes specimens in its laboratory for all of the Scripps Hospitals in the San Diego area.

While tenant improvements are Prevost's specialty, the firm also does ground-up construction. A small representative project includes a 12,000-square-foot new building and 9,000 square feet of renovated office space in a 60,000-square-foot building for Aroma Housewares on Flanders Drive in the Sorrento Mesa area. The firm also built the Countryside Veterinary Hospital in Valley Center. Like many of Prevost's projects, this is a highly specialized facility with a surgical center, dental area, examination rooms and animal recovery areas.

While Prevost loves all these different jobs, and pulling it all together, the open shop contractor says he gets frustrated when union subcontractors try to disrupt his jobs by pickets or other means.

"They put pressure on people who aren't even part of the (decision making) process," Prevost said. "Our people have the right to work, and many businesses go out of business because of this activity. We just want to utilize whatever subcontractors build a good quality project."