General Lock was founded as Clark Security Products in 1953 as a product distributor to locksmiths. In 1990, the company came under the direction of Marshall Merrifield, when he completed a leveraged buyout of the business. While retaining the 54-year-old company's standards of service, Merrifield brought to General Lock a frontier culture of innovation.

Merrifield has a true entrepreneur's ability to assess the marketplace and remix available resources, resulting in new solutions for previously unmet business needs. At General Lock, he embraced innovation in an industry that had relied on traditional products and services for years. His unconventional approach and investment in emerging technologies have made General Lock a national leader in its industry. 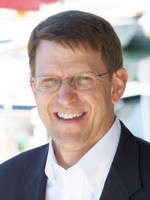 Merrifield applied new technology to the traditional in the creation of BlueWave Security, the manufacturer of the world's first wireless networked access control system. End users can now have real-time control over any door they choose, without the expense of wiring the walls. BlueWave has 300 dealerships nationwide and is currently licensing it technology to several public companies. Started just over a year ago, BlueWave is already cash flow positive and forecasting a 60 percent gross margin.

General Lock's sister company, Clark Security, inventories the largest array of locking hardware in the United States, representing approximately 100,000 items in 14 regional distribution centers. Clark has the ability to provide next-day delivery to almost any of its 15,000 customers located across the nation.

Merrifield has used the national distribution business with locksmiths and security dealers to build a conglomerate that he controls under the General Lock name. General Lock and Clark Security combine to be the largest independent supplier and installer of mechanical and electronic security hardware products to commercial, industrial and institutional end users in the United States.

Once a world-class competitive swimmer, Valorie Seyfert has always demonstrated an iron resolve to reach her goals. The same qualities of character that made her a leader in international athletics have made her a successful entrepreneur. 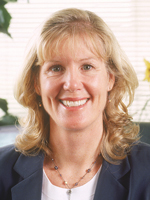 After leaving competitive swimming, Seyfert earned her juris doctorate degree and became a private practice attorney handling business transactions and securities work for a host of financial institutions. When credit union clients expressed frustration over the information and services available to them, Seyfert saw that the credit union industry desperately needed a new business model for investment services. In 1996, she and co-founder Amy Beattie created CUSO Financial Services (CFS) as a full-service financial broker/dealer and Registered Investment Adviser to credit unions.

Using savings, personal credit card debt and home equity loans, Seyfert and Beattie contributed all the initial capital required to fund the startup. It was only after the firm started making money four to five years after initiation that they took full and consistent salaries.

CFS has blazed a trail in a number of areas: its innovative business model gave credit unions the rare opportunity to participate in ownership; it integrated online discount and full-service brokerage products on a single technology platform; CFS offered complete integrated front-office systems, including data management, integration, reporting and download capabilities; and it gave CUs the option of co-branding products and programs.

In the past 11 years, CFS has acquired a client base of more than 120 credit unions, including 25 of the top 100 in the United States, and authorizes more than 325 licensed investment representatives to build successful investment programs. The company has grown from two internal employees to 111. Despite the fact that the investment industry has suffered in the past few years with the economic downturn, CFS has remained strong, with revenue increasing every year. In 2007, 55 percent of its credit union investment programs had record performance. In 2008, for only the third time in the history of the BISA (Bank Insurance & Securities Association) awards, a credit union investment program won the "Program of the Year" award -- at the time, all three winning credit union programs worked with CFS.

Bob Zamarripa and Paul Judge founded OneSource Distributors in the fall of 1983 as a single-source supplier of electrical/electronic industrial automation products. Zamarripa's original idea was to create an electrical distributor that focused on industrial/OEM customers, who lacked a distributor dedicated to their market. 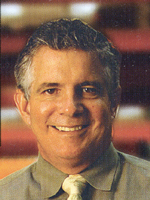 With no history, little experience in running a business and facing large capital requirements, opening the company and obtaining customers was challenging. Zamarripa followed a fast financial learning curve and developed a conservative, careful financial strategy he continues to employ in the company. He kept OneSource focused on being the best supplier his customers had. When adversities came, Zamarripa stayed focused on his plan and kept the company steady and balanced.

With Allen-Bradley as its main control product line, today OneSource Distributors is a full-line supplier of electrical materials used for maintenance, repair and operations, as well as new construction, original equipment manufacturing and utility applications. OneSource provides an effective, low-cost distribution channel for many of today's most recognized manufacturers of electrical related products. In early 2003, OneSource purchased Orange Coast Electric Supply in Irvine, which allowed OneSource to further grow geographically and provided an opportunity to enter the utility market.

Since the company's founding, Zamarripa has grown OneSource from a single location to multiple operations located throughout Southern California, Baja California and Arizona. OneSource was ranked 2007 "Supplier of the Year" by The Greater San Diego Business Development Council, and No. 34 in Electrical Wholesaling magazine's "200 Largest Distributors" of 2007. In June 2007, OneSource Distributors was ranked No. 38 in Hispanic Business magazine's "2007 Hispanic Business 500."

OneSource Distributors, not only a great company but a great corporate citizen, was honored with the "2007 Firestorm Service Recognition" award by San Diego Gas & Electric for service and performance during the 2007 firestorms in California. In addition, the company received Rockwell Automation's coveted New Distributor Appointment. OneSource is the first distributor in the Western United States to earn this prestigious appointment.