Founded in 1971 as a modest dockside repair shop, Knight & Carver (K&C) grew quickly. Within a few years, it had gained a foothold as a premier luxury yacht builder, known for sturdy, well-crafted yachts. Through the passing decades, however, the company began to struggle financially. By early 2002, with increased overseas competition and other factors, the company was awash in red ink and on the verge of closing. It was at that point that Sam Brown was asked to take over as president and CEO. 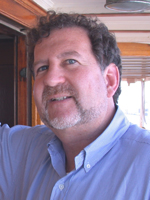 Brown spent his first few weeks on the job analyzing the business and its key processes. He determined that yacht repair brought in similar revenues to yacht construction, but the cost and resources for repair were far less. While naysayers proclaimed that K&C would never lure luxury megayacht owners to Southern California for repairs, Brown began the company's reinvention as a megayacht repair destination. At the same time, he was determined to turn K&C's struggling blade department into a worldwide leader in wind energy.

Brown faced the challenge head on. With the goal of regaining the firm's financial strength, he made difficult decisions trimming staff and reorganizing the company. Under Brown's guidance, the management team learned how to read financial statements, focused on cash flow and held monthly financial meetings to discuss the direction of the business. Brown built ownership and financial responsibility into a company that had a history of operating as a boat building repair shop, not a true business.

The company has actively pursued the use of its resources to generate environmentally beneficial products and services. Brown directed an expansion of the Wind Blade Division, opening a factory in South Dakota. Then, in a first in the yachting industry, K&C formed Eco Solutions, a division wholly devoted to "green" products and services for yachts. Eco Solutions provides a series of recommended guidelines, plus a lineup of earth-friendly products.

Brown's entrepreneurial skills and strategies turned the company around, tripling EBITDA in the past three years. In defiance of those who said it would not happen, Knight & Carver has become a leader in the megayacht world and was named "Boatyard of the Year 2007" by the American Boat Builders & Repairers Association. And as the United States rises to the need to produce more renewable energy, K&C Wind Group ranks among the premier players in the wind energy industry.

Acting as a lender during the early days of the biotechnology industry, Alan Gold observed a new class of tenants looking for commercial property leases: businesses operating in the life sciences. Despite the perceived special purpose nature of their needs, Gold determined that their core requirements were sufficiently generic that products could be developed that would support a broad base of these prospective tenants. As well as proximity to a major university or research institution, they required similar infrastructure and building characteristics, such as a controlled environment and robust electrical, plumbing and HVAC capacities. 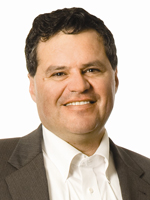 Basic corporate finance principals supported the concept that a pool of these properties, in addition to benefiting from the resources of an expert operator, could be more efficiently capitalized by a real estate owner versus ownership by early stage life science companies, for whom capital is expensive and necessarily directed at funding research. Gold realized that by focusing on a niche sector, where traditional lenders and investors had historically been reluctant to enter, he could create a company with unique expertise and specialized product.

In 2004, Gold rolled together investments in five properties and formed BioMed Realty Trust, then completed a successful IPO and used the proceeds to acquire eight additional properties. With one of the fastest growth rates in the United States, BioMed Realty Trust has risen meteorically and has achieved best-in-class status among American REITs. Through acquisitions and development, the original 13-property portfolio, operated by 10 professionals, now employs more than 115 people and is comprised of almost 70 properties containing more than 10 million square feet, with the potential to add an additional 1.3 million square feet through future development sites.

BioMed Realty Trust is taking a leading role in the construction and ownership of environmentally responsible, "green" life science buildings, and under Gold's direction, all new developments are done in compliance with LEED (Leadership in Energy and Environmental Design green building rating system) specifications. This ensures that BioMed Realty Trust's properties will provide significant and lasting environmental, health and economic benefits to the tenants they serve and the communities in which they are located.

Jeff Goldberg and Tanner Haigwood wanted to create a company that would do good things for the planet while also doing good business. Goldberg, a former biotechnology researcher, and Haigwood, a sales and marketing executive, had just returned from a surfing adventure during which, on Kauai, they had worked as bamboo harvesters. That experience served as the catalyst for a business idea that resulted in the formation of Cali Bamboo in 2004. 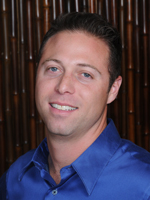 Bamboo is the fastest growing plant on earth; a pole of bamboo can regenerate to its full mass in just six months. Bamboo can be continuously reharvested every three years, without causing damage to the plant system and surrounding environment. During the time it takes to regenerate, the bamboo plant's root system stays intact, so erosion is prevented. In addition to its ecological advantages, Goldberg and Haigwood learned that bamboo offered a broad range of economic opportunities.

Within two years of its founding, Cali Bamboo commanded the lion's share of the bamboo fencing market. From there, Goldberg and Haigwood expanded their product line into an array of bamboo products for construction and interior decorating, including flooring, plywood, rugs, blinds, paneling, mattings, poles, slats and palm thatch. In 2007, Goldberg and Haigwood introduced their Fossilized Flooring Series, which has twice the density and strength of almost any other flooring in the world, making the new product ideal for commercial applications, high traffic areas, radiant heat systems or anywhere else that an indestructible floor is required. 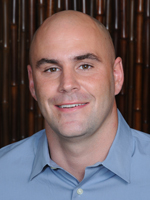 This inventory addition moved the customer base beyond consumer and residential to encompass contractors and commercial customers as well. Commercial applications of Cali Bamboo products can be seen at several Hilton and W Hotels, the Bellagio and MGM Grand in Las Vegas, and Legoland California, to new a few.

The culture at Cali Bamboo is one of shared love of the outdoors and especially surfing. The company's "board room" serves as both meeting space and board storage, containing what may be the world's biggest corporate surfboard rack (unverified but highly plausible).

In just two years, revenues have grown exponentially, which contributes to the health of the planet as well as the company: each year Cali Bamboo donates 1 percent of revenues to environmental organizations.