Golf memorabilia is coming down the fairway

Golf isn’t just a hobby these days, with the increasing popularity of the sport comes increasing popularity in collecting golf related memorabilia. With the onset of Tiger Woods and the advent of advanced technologies in golf equipment, many people are interested in discovering the roots of the sport and collecting its memorabilia. Many are discovering that it has a history that is both old and storied. Golf is older than many of the sports we play in this country. Far older than baseball or basketball, in fact we know that the Scots were playing golf at least in the mid-15th Century, whereas baseball and basketball are 19th Century developments. In fact, the earliest known reference to golf comes from King James II of Scotland, who, in 1457, issued a ban on the playing of golf and soccer. Those games, James complained, were keeping his archers from their practice. 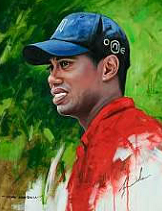 Golf collecting however is somewhat unique in its market. While many other sports have collectors who just love to watch the game but not necessarily play, golf seems to be a sport where the collectors are also players themselves. Until relatively recently (in the last 30 years or so) golf was not commonly broadcast on television on a regular basis. Also, unlike many other sports, there are no uniforms to buy. Most golf collecting is centered around clubs and balls. Of course memorabilia of beloved golf stars is highly collectible as well.

All things considered, this is a collecting area that is still affordable for most collectors. Vintage clubs, bags, and balls can be purchased for a relatively reasonable price. In fact, there is an auction taking place in February with an exclusive focus on golf memorabilia, and most of the items fall within the $100-$400 range. Even the exceptional pieces from the golf world do not often exceed $10,000.

Many of these items fall well within reasonably priced collector category because many of the items are purely decorative and no longer serve as functional equipment. 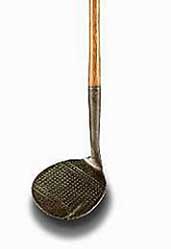 In addition, until recently golf was a game for the wealthy and the popularity of collecting the items was limited to a small segment of the population that was both interested in the sport and who could afford to play it. Today a much wider range of people enjoy golf thanks to public courses with reasonable greens fees.

The wonderful thing about collecting golf equipment is that it reminds us of the rich history of the game while providing beautiful relics to look at. Old clubs are made from attractive polished woods. Not to mention that you can admire how difficult the older equipment was to play with when you compare it to the lightweight metal clubs of today, with their larger club heads making it much easier for a player to hit the ball.

While golf equipment does appear to be the main collectibles of the sport, a person can decorate an entire room with golf memorabilia. Other items such as golf books, course flags, scorecards, or signed programs also have their place within the market. As golf continues to increase in popularity, this is a market that may be poised to take off…FORE!