By PADMA NAGAPPAN, Special to the Daily Transcript
Friday, August 29, 2008

Christine Tempesta, president of KiddieCorp, which won the Small Business Administration's Woman-Owned Small Business of the Year award, started out as a marketing consultant who worked with developers, helping them incorporate child care centers into their projects.

Today KiddieCorp provides childcare on location during conventions, trade shows and conferences for about 175 events annually, across the country. With more women in the work force, the rise of two income families and the trend toward combining business trips with family vacations, many professionals travel to association and company events with their children, necessitating on-site childcare.

Despite having been a trailblazer in a specialized niche market, the company has few real competitors.

Tempesta discovered this underserved sweet spot by chance. KiddieCorp was listed in the Yellow Pages under childcare centers as a consultant, and in 1989 it received a call from the Marriott Hotel & Marina. 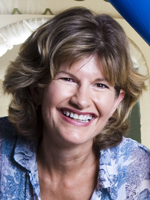 The hotel was hosting an insurance convention in two days and was swamped with children who overran the hotel. Hotel management told Tempesta, "Do something." While Tempesta had no direct expertise in providing childcare, she called her mother -- a teacher -- to get tips about activities.

"All we had to do was organize the agenda. We called friends and family to help out as staff," Tempesta said.

Marriott continued to call on her for other occasions, and suggested that she talk to the Convention Center. The company's second client was an insurance company, followed by the California Pharmacy Association, which needed help with its conference.

This was the take-off point for KiddieCorp. While business was in full swing, it did not go national until the American Bar Association called. The ABA held annual meetings in different cities and, as Tempesta put it, "We had to go where they went."

It was a learning process.

"We decided at this point that we were going to keep staff as employees, not as contractors, because we wanted to train them. When they work for us, even if it's not on a continuous schedule, we take care of everything, from taxes to liability insurance," Tempesta said.

The company recruits its staff at each location through schools, community agencies, education departments at community colleges and universities. Each event is overseen by a program manager, usually female, but some times male, who works on a flexible schedule, depending on his or her availability and the timing of the event. "They are usually people who enjoy travel and do not want a full-time job," said Tempesta.

When KiddieCorp first embarked on this path, there were naysayers, people who insisted it would not work and that no one would use temporary childcare. It took the hospitality industry a while to realize there was a need for this kind of service.

"Nobody really thought of child care on an 'as needed' basis. Back then, hotels did not have such programs. It was supposed to be a full-time, Monday to Friday arrangement while parents worked," said Tempesta,

However, the city of San Diego had a childcare coordinator and at one point, Tempesta was on the mayor's task force for childcare centers. Encouragement came primarily from the San Diego Convention Center, since the city was such a popular destination.

Today, the company averages between $1 million to $1.6 million in revenues, depending on the year, mostly through referrals and leads via the Internet. It purchased office space in 2007, with the help from the SBA as the lender and Wells Fargo (NYSE: WFC) as the bank partner. The bank considered KiddieCorp's business model unique and submitted the company's name for the SBA award.

Doing business in a unique field is not without its challenges.

"When 9/11 happened, no one wanted to travel and the plug was pulled on some events, so that was a very slow time for us," Tempesta said.

It's also a constant challenge to estimate the number of staff required ahead of the season. Liability insurance, one of the biggest overhead costs, must be estimated and paid for ahead of time, before the company knows exactly how much business it will do in a given year.

"Supposing a season is slow but we anticipated more business, so we took out more insurance. Then we still have those costs. Let's say we paid $30,000 in liability insurance, whether we do $1 million or $1.6 million in business, that's how much we've taken out," explained Tempesta, who thinks this may have been a deterrent for others who wished to enter the field.

San Diego accounts for 20 percent of the company's total business, followed by the rest of California. San Diego is still the most popular city for conventions and industry events, a "first-tier city," in convention lingo.

Chicago takes the second spot, being a centrally located transportation hub. The city hosts a lot of medical conventions -- and health care events are a significant source of revenue for the company. The McCormick Place, located in Chicago, is the largest center for trade shows in the United States, enhancing the city's popularity.

San Francisco is a top family destination, like San Diego, and ranks third on the company's most frequent event destinations, followed by Washington, D.C., a focal point for lobbyist conventions.

Carving a space for itself in a new area meant that the company had to invent the wheel, so to speak -- there was a steep learning curve while it developed its own programs and created standards. Tempesta recounted a notable learning experience, which happened during the '90s. "We tried satellite shipping centers that stocked supplies, instead of shipping supplies from San Diego. But getting things out of storage, grappling with the weather (such as) heavy snows, were major obstacles and we learned from these mistakes."

Now the company uses the most cost-effective shipping methods, clients pay return shipping and KiddieCorp has better quality control over the condition of the supplies. All purchasing and logistics decisions are made at its San Diego headquarters, where it also hosts an annual employee-training weekend.

Building strong relationships with clients, being flexible and thinking outside of the box has set the firm apart from others. Tempesta recalled one instance where a science convention had lost one of its sponsors and could not pay KiddieCorp at the same level as the previous year. "So we tweaked the program to fit their budget and worked with them," she said. "Then the next year, they got full sponsorship and they hired us again with a bigger budget."

Tempesta offered these nuggets of wisdom for entrepreneurs who plan on starting their own small business: "Before you make your move, check out your competition, do your research and make sure you have the opportunity to do something different. What need are you filling?"