Why are experience modifications for most employers going up?

For the past three years, employers have reaped the benefits of workers' compensation legislation passed in 2004 (Assembly Bill 227 and Senate Bill 228) as well as that passed in 2005 (SB 899). The result of this legislation has been a dramatic drop in overall loss costs and, consequently, in workers' compensation insurance premiums. In some class codes, employers have realized premium reductions up to 70 percent of what they were just four years ago.

Overall loss costs also become the basis for expected loss rates, which are the benchmarking factors in the Experience Modification Calculations issued by the Workers' Compensation Insurance Rating Bureau (WCIRB). With expected loss rates decreasing an average of 26 percent across all class codes, employers whose loss experience has held constant or even dropped slightly are still facing higher experience modifications because the standard against which they are judged reflects lower expected losses. 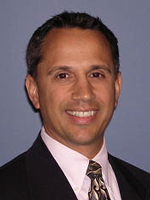 What this essentially means is regardless of industry, an employer's losses should be lower now than they were just four years ago. On its Web site, the WCIRB says increases in the experience modifications have been mostly offset by decreases in the pure premium rate and actual premiums charged by insurance carriers. It is true the pure premium rates as of Jan. 1 have declined by 15 percent as compared to the rates posted on Jan. 1, 2007; however, with increasing disability benefits and other expected proposed legislative changes, these reductions are not expected to continue. Combine this with the current reduction in the expected loss rates, and it may mean significantly higher premiums for some employers.

Increases to the expected loss rates are not expected anytime soon. If ultimate losses continue to decline as expected, there will be no statistical basis for the WCIRB to alter its current predictions as they relate to calculating the expected loss rate. As such, it is important for employers to take a look at their losses for the current policy year, as well as the previous three, to see if there are any opportunities for reducing or mitigating those exposures. Some key elements to helping reduce losses are the implementation of a return to work program, diligent use of the Medical Provider Networks, regular safety meetings and periodic open claim file reviews. These types of programs are critical to achieving and maintaining a low experience modification and ultimately keeping it at better-than-industry average, regardless of changes to the expected loss rate.