What lifestyle changes would you make today if you knew you had a predisposition for heart disease? Would you exercise more? Eliminate "double bacon," "double shot" and "extra cheese" from your eating and drinking lexicon? What about stress? Would you find ways to simplify things, to spend less time in the trenches and more time enjoying life with family and friends?

Eric Topol, chief academic officer at Scripps Health, and director of the Scripps Translational Science Institute (STSI), heads up research that aims to find out.

Last week, STSI began signing up 10,000 employees and families of the Scripps Health system in San Diego in a new study to see how genomic testing affects lifestyle and health-related decision-making.

Co-sponsors Affymetrix will scan each participant's genome, while Navigenics will interpret the results and offer specific guidance on preventive strategies. Scripps will track the participants' behaviors over 20 years, and publish the results. Costs are estimated at $20 million to get the program running. Microsoft (Nasdaq: MSFT) will provide its Health Vault system for patients to keep track of their health care histories. 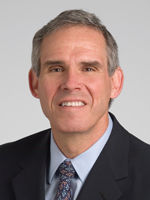 The hope is that people will arm themselves and make the necessary changes, before symptoms develop, to prevent health-related hardship.

"I had my genome scanned," Topol said, "and found out I have considerable risk for heart attack."

This was a surprise to him considering that his family had no history of heart problems.

"I have a very healthy lifestyle, now," he said.

But would others respond in the same way? Could access to information that reveals one's fate -- a stroke or Alzheimer's or cancer -- yield adverse effects? Could learning the possibilities lead to undue stress, and what about the accuracy of the results? Some say that the human genome is too complex and would take forever to accurately map and analyze.

Topol believes that a majority of people would make changes in their lifestyles after genomic testing that will lead to a healthier society in general. This has a dual benefit: healthier individuals and a reduction in health care costs.

Diet, exercise, less stress and good sleep keep people out of the doctor's office. The cost of medical supplies and machinery could be reduced, too.

"The saddest part of medicine today is that we are so bad at predicting who is at risk," Topol said. "Why can't we be smarter than this?"

Prevention, based on the best data available today, could change the face of medicine.

"In the years ahead, as we sequence entire genomes, people will be able to individualize prevention," Topol said.

"Knowledge is power, and this is a whole new type of empowerment for individuals to take care of themselves."

When Topol arrived in San Diego in September 2006, he told leaders of the chamber of commerce, "San Diego is known for wireless and tourism, but in the future it will be known for medicine."

San Diego, according to Topol, is the "hub of genomic sciences" with Scripps, the Salk Institute Genomic Analysis Laboratory, the Burnham Institute for Medical Research, the Genomics Institute of the Novartis Research Foundation, and more than 550 life sciences companies.

"This is the most extraordinary, fertile place. Every day I'm charged up by what can happen here," he said.

Under Topol's leadership, STSI, supported by the National Institutes of Health, trains physicians and scientists for careers in translational research, the bridge between what happens in the lab and treatment/support provided to patients in the doctor's office.

The program currently focuses on genomics.

Topol and STSI are also currently studying the "wellderly," analyzing the genome of patients who have been healthy into their 80s.

How do the bodies of these people, susceptible to disease like any other individuals, maintain wellness? The ongoing study hopes to discover how the human genetic code also protects us from disease.

"Some people have modifier genes that cancel out their risk of heart attack and other diseases," Topol said. The "wellderly" could unlock the secrets to good health for generations to come and increase longevity in general.

But how long will it take for the new approach to have a far-reaching effect? While Topol optimistically leads the way into a new era of prevention and therapy, he worries about the current economy and its effects on scientific advancement.

"Here we are at the most exciting time ever in science, right on the cusp of extreme potential, and we are held back because of the financial situation," he said.

"Genomics information is exploding now, yet we're so poorly capable of using the information because we are economically constrained."