Gary Shekhter has come a long way from Odessa.

The Helix Electric president, who left his native Ukraine about a decade before the fall of the Soviet Union, began to fulfill his American dream by opening a small electrical contracting office in El Cajon in 1985. Previously he had made his living as an electrical engineer who designed machine tools.

The firm's first job was an apartment project at Washington Street and Fifth Avenue that is now the Sommerset Suites extended stay hotel.

Today, Helix -- named after Mount Helix, where Schekhter used to live -- has about 1,400 employees and is the 10th-ranked electrical contractor in the country in terms of sales, according to Engineering News Record. While Shekhter wouldn't disclose his revenue figures, he said the firm has increased both its sales and the number of employees by 50 percent during the past five years. 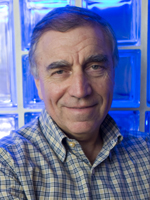 Shekhter's firm has offices in the Bay area, Las Vegas and Phoenix, as well as its Miramar headquarters.

"We only opened up that Phoenix office two years ago, and it has 150 people already," Shekhter said.

He said the company has managed in soft economies through three decades by ensuring a diverse portfolio of projects that includes everything from work at Qualcomm Stadium to a new dormitory at University of California, San Diego.

The approximately $122 million first phase of the UCSD job will add more than 1,030 dormitory beds in a 14-story building, mainly for undergraduate transfer students. Work got under way last summer and is slated for completion in mid- to late 2009.

"UCSD is a design/build project, and that has become a very popular way to get these types of projects done," Schkhter said.

Shekhter said these types of jobs make sense in any economy.

"The contractors who have been hurt the most are the ones who are in single-family homes. We always try to diversify," he said.

While Helix hasn't been unaffected by the slowdown -- a halted condominium project that was under construction in Northern California is a case in point -- it has managed to shift gears when necessary. It also helps that Helix is heavily focused on public sector and military jobs that may not be as impacted by the economy. Helix has done work at Camp Pendleton for many years.

Shekhter said these public sector jobs were always a major part of Helix's business. In normal times they amounted to about 60 percent of the work. With private works jobs drying up, the ratio is about 80 percent public sector work.

"Real estate developers are having trouble getting credit, so that's where we are," Shekhter said.

Shekhter has been busy enough lately, supplying the electrical infrastructure for the UCSD project and a Ritz-Carlton on Maui, along with a $52.68 million contract for the Harden Electrical System in Guam. That work is slated to be completed by July 2010.

In conjunction with Barnhart Inc., a Heery company, Helix as of this writing was putting the finishing touches on the new Ronald McDonald House that will supply 47 bedrooms for ill children at Rady Children's Hospital.

Sheckhter has worked with Douglas Barnhart -- the current national Associated General Contractors president -- many times over the years, particularly on school projects around the county and beyond.

While credit problems and a tough economic climate can sink even companies that have been around a long time, Shekhter said his firm hasn't had the problem.

"We were able to be self-sufficient and that has made a big difference," Shekhter said.

The jobs haven't always been easy. Shekhter said the new Ronald Reagan Medical Center at University of California, Los Angeles was such an example.

"This project was supposed to take three years and it took over seven," said Shekhter, noting how complicated electrical infrastructure must be for modern hospitals to function.

"And the project was huge in scope. It's on so many levels. Keeping a project like this together requires a unique approach," Sheckhter said.

The firm also has been developing electrified fences for prisons, including 3,800 lineal feet for the California State Prison at Chino. The fences deliver 5,000 lethal volts to anyone who might attempt to escape. The prisoners are separated from the electrified fence by another fence on the inside.

"This is very challenging. It's a very sophisticated design," Shekhter said. "We like to tackle challenging projects."

Another one of those challenging projects was the electrical system for the 22-mile Sprinter rail line between Oceanside and Escondido.

"There is a very sophisticated communications system with that project, and there are 44 crossings along the route," Shekhter continued.

The company also undergrounded the entire electrical system for Kessler Air Force Base in Mississippi to protect it from hurricanes such as Katrina.

The economy can sabotage even the best-laid plans. A Wyndham timeshare project in Las Vegas that was stopped mid-construction and that stalled Northern California condo project has forced Shekhter to look to his other projects.

Still, Shekhter is very pleased about where Helix is today.