With financing difficult and most owners reluctant to sell, few large multifamily projects change hands these days. But when they do, Del Mar Heights-based RedHill Realty Investors LP is there to make the play.

"While the U.S. real estate market is under severe distress, there may never be another opportunity to acquire U.S. assets at such discounted levels," said Russell Dixon, RedHill president and CEO. "This opportunity will create significant wealth over the next 12 to 36 months ... and most investors will sit on the sidelines as this transition occurs."

RedHill is a private equity real estate firm specializing in opportunistic multifamily housing investments. It owns -- either by itself or in partnership -- more than $1.5 billion in multifamily properties throughout the United States.

A primary goal of the company is to grow the real property asset portfolio by $2 billion to $3 billion of multifamily assets within the next five years. 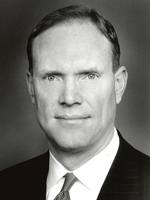 "We have doubled our assets every year," Dixon said.

Dixon and some of his associates founded RedHill in 2006. Previously he managed real estate investment trust and pension fund portfolios for CB Richard Ellis as well as CBRE's Multifamily Housing Properties Group. Dixon worked in a similar capacity at Insignia/ESG and ran that firm's Capital Markets Group as well.

RedHill's expertise includes the acquisition of single assets, portfolios, partnerships and investing in exclusive non-competitive joint ventures. It has partnered with a variety of financial partners including GE Capital, Starwood Capital, Colony Capital and the Lone Star Funds, to name a few.

The company has not only provided funding for market-rate apartments, it also has bankrolled affordable projects.

The firm also works with certain endowments, foundations and institutions that own or have invested in multifamily real estate.

Dixon likes to reposition multifamily properties that may have fallen on hard times.

"Often times, apartment communities may be lacking amenities, parking facilities or common area aesthetics which provide good living environments for renters. Other cases may include distressed assets with serious deferred maintenance or poorly structured financing," the firm has said in a statement.

At both CBRE and Insignia, Dixon became used to repositioning these types of properties for sale. He said while there has been some market softening, this remains a very good time to invest in apartments and "broken" condominium transactions that have returned as apartments.

RedHill and its major partners have been purchasing properties throughout the Southwest, plus Colorado, and the Pacific Northwest during the past three years.

RedHill didn't make any big purchases in San Diego County last year, but in the fourth quarter of 2007 the 456-unit Waterleaf Apartments in Vista sold for $69 million, or $151,318 per unit to a partnership of RedHill and AEW Capital Management.

"In that case, the billionaire owner died and they needed to make a quick sale," said Andy Crews, RedHill chief investment officer.

Last December, RedHill, in conjunction with the Rreef investment firm, acquired a 315-unit apartment complex with 8,000 square feet of ground-floor retail space for an undisclosed sum in downtown Denver.

Crews said his firm purchases both Class A and Class B apartment properties, and that distressed sales are becoming an ever-greater portion of the business.

"And we are interested both in portfolios and single asset opportunities," Crews said.

Crews said while some of the bloom has come off the rose, San Diego County's apartment market remains very strong. Even if the vacancy climbs to 7 percent from the current estimated vacancy of about 5 percent, it would still be a healthy number by national standards.

Dixon said he hasn't seen too much evidence in San Diego of people doubling up or fleeing the area in search of cheaper rents.

"We have avoided markets such as Las Vegas, where we have seen that happen," Dixon said.

Not only are vacancies going to remain relatively low here, he added, there will almost certainly be a shortage of apartments by 2012 because very few are being constructed. Crews agreed.

"Without new construction, we are in a demand crisis," Crews said.

And what do Dixon and Crews think of the current market? While acknowledging that something needs to be done to repair the capital markets, Dixon fears the government could go too far in the other direction.

"I worry that the government will overreact and we'll become overly regulated," he said.

It will take time for the capital markets to recover, Dixon said. In the meantime, he intends to focus on obtaining as much as he can for his investors, and will try to impress upon them the tremendous opportunities that such times present.

"Take a look at the companies that were spawned in times such as these," said Dixon, pointing to Sam Zell's Equity Office Properties portfolio that sold for more than $19 billion a few years ago. That portfolio, incidentally, included the 825,000-square-foot Plaza at La Jolla Village office complex in the University Towne Centre area that is now owned by The Irvine Co.

"Now, as before, this is an environment where we are going to see a tremendous transfer of wealth,' Dixon said.