Barry Schultz recently completed his tenure on the San Diego City Planning Commission. During his time as its chair, the bulk of the commission's work focused on the recently adopted general plan. Schultz's leadership and advocacy resulted in a document that sets the future course for the city and is oriented toward the community, the neighborhood and the people.

Throughout his career, Schultz has been a leading advocate for improving San Diego's neighborhoods and empowering residents. Improvement of quality of life and revitalization of community are the themes of his many volunteer activities. Outside of the commission, his role with the San Diego Capital Collaborative has provided funds that resulted in neighborhood revitalization.

As chief executive officer of San Diego Capital Collaborative, Schultz is directly responsible for overall direction and supervision of its affairs, employees, projects and programs. He has worked in the community development field for more than 15 years in both the private and public sectors. 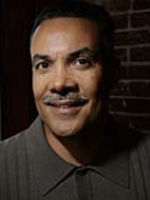 Schultz is a former shareholder with the law firm of Sullivan Wertz McDade and Wallace. His law practice focused on community development, real estate, land use and government relations. He provided legal counsel to nonprofit and for-profit developers of affordable housing and has extensive experience with affordable housing finance, including tax credit and bond financing.

Prior to joining Sullivan Wertz McDade and Wallace, Schultz served as senior policy adviser and chief of staff to San Diego City Councilman William D. Jones. In this capacity he advised the councilman on housing, land use and redevelopment issues.

Schultz has served as a City of San Diego Planning Commissioner for seven years and currently serves as chair of the Planning Commission. He is active with the local chapter of the Urban Land Institute and the San Diego Federation. He has also served as a board member for the City Heights Community Development Corp. and the San Diego Community Housing Corp. He currently serves on the Community Reinvestment Advisory Board for Torrey Pines Bank and was recently admitted as a member of Lambda Alpha International San Diego Land Economics Society.