It isn't easy for parents to know their child probably won't live long enough to have a mid-life crisis.

It's equally hard to realize their child will spend most of his or her life in hospital rooms and have to take dozens of pills a day to survive.

There are about 1,000 new cases of cystic fibrosis discovered every year. More than 70 percent of the patients are diagnosed before the age of two.

The hereditary chronic disease causes mucus to build up in the lungs and intestines. It primarily affects Caucasians, and about one in 25 people of European decent are carriers.

While cystic fibrosis treatments have improved greatly in the past three decades, the median life expectancy for patients suffering from the disease is 37. This is a great improvement from the 1950s, when children diagnosed with cystic fibrosis rarely survived to attend kindergarten.

There is still a long way to go before therapies are perfected, but one company with a lab in San Diego is becoming a leader for a new way to treat the disease.

The branches serve different functions, but all work toward the same goal: developing drugs to battle some of the world's most deadly diseases. 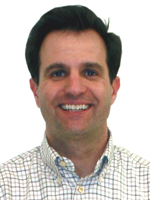 Since its inception, Vertex has been research-oriented and pursued new medications for cancer, hepatitis, HIV and, of course, cystic fibrosis. Currently, it only has one drug on the market, Lexiva, which is used to treat HIV and managed by Merck (NYSE: MRK).

It is not completely uncommon for a 20-year-old pharmaceutical company to have only one developed drug ready for market. It can take years for a single drug to achieve Food and Drug Administration approval.

"The risk of failure is very, very high in the pharmaceutical industry, but we have vigorous programs to try to move (drugs and therapies) along the pipeline," said Jane Kramer, vice president of communications.

Despite not producing enough goods to make it profitable, Vertex shares have done well, even through the stock market's woes.

In February, the company raised $320 million by selling 10 million new shares in a secondary stock offering. Granted, it's a drop in the bucket for the company's $1.9 billion deficit since it was founded, but it shows some investors have hope in Vertex's promising new drug, VX-770.

Paul Negulescu is the vice president of research stationed at Vertex's San Diego branch. He manages a team of 175 people who recently celebrated a small, but meaningful victory.

Their pet project, VX-770, finally entered its third phase of testing on May 27.

Negulescu has been working toward this particular version of the drug since 2001.

Unlike other drugs that treat the symptoms of cystic fibrosis, VX-770 aims to correct the defective protein in a patient who suffers from the disease.

Patients who were given the drug during phase two testing were compared against a control group receiving placebos. The test group reported improved lung function.

Negulescu was quick to say it is not certain the drug will be able to provide the long-term aid Vertex is hoping for. So far, only a small number of people have used the drug, which means the company does not have conclusive data about its efficiency or potential side effects.

"It gives hope where before there wasn't very much," said Negulescu.

Now that the drug is in its final stage of clinical trials before it seeks FDA approval, Vertex is seeking a wide variety of patients to test it on.

However, the company has had some trouble finding enough subjects. There are some 30,000 people across the United States suffering from cystic fibrosis, less than one percent of the U.S. population.

The relatively new strategy to fighting genetic diseases could end up helping more people than just those with cystic fibrosis.

Already, the San Diego branch is working on a drug for Huntington's disease.

VX-770 is still a couple years away from hitting the market. Negulescu said he hopes it will be ready for the public by 2011.

However, there are some people who hope the process moves even quicker.

Peter Grootenhuis, the senior director of drug innovation, has been with Vertex seven years, and said he draws motivation from the patients he hopes to help.

While there is a one in four chance parents who carry the cystic fibrosis gene will pass it on to their children, Grootenhuis knows a family that has several children with the disease.

When he met them, he said they went straight to the core, asking when the drug would be ready to go.

"They know firsthand the tremendous courage it takes to struggle through CF," he said.

"It would be so awesome to change those kids' lives for the better."