For all great teams, the numbers tell the story. Poway-based Nexus Biosystems tipped-off in 2005, turned profitable in 2008 and is on track to double revenues in 2009.

With an office in Europe and customers around the globe, Nexus develops and implements automation systems for organization and retrieval of research samples, from fine chemicals to DNA tissues.

President and CEO John Lillig attributes the privately held company's ability to stay on top of the industry to teamwork and innovation. 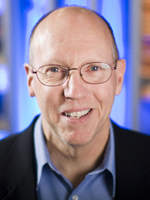 "We have strong people in each of our management positions," Lillig said. "We're constantly going over our strategy and working on plans for the future."

Rob Neeper, vice president of operations and engineering, said that while Nexus has good pricing and products that are attractive to its chosen market, the company's real success comes from the staff.

"John likes to refer to our team play along the lines of L.A. Lakers' coach Phil Jackson's 'Triangle Offense' -- R&D team plus manufacturing team plus sales/customer support team all working together to win the game," Neeper said.

"Ultimately, it is the enthusiasm of the team that makes the difference," he added.

Lillig and Neeper, who led a management buyout at Discovery Partners International (DPI) that created Nexus in 2005, bring a combined industry experience of more than 60 years.

Both served previously with DPI -- Lillig as chief technology officer and Neeper as chief of engineering -- for a period of about nine years, according to Lillig.

After the buyout, DPI continued to provide services for drug discovery. "So it was basically a split between services and technology," Lillig said. "We took the high-tech. They took the services."

DPI's service operations have since been acquired by Galapagos.

Affleck headed the creation of hardware and software for signature Nexus product lines, including Universal Store, an automated sample storage and retrieval system, and Crystal Farm, an automated storage and visualization system for protein crystallography.

Bui, with a background in finance and engineering, brings product development and sales/marketing expertise to the company.

There are a dozen projects currently in development. According to Neeper, "Part of the excitement here is that there is a lot of variety in what we get to do. One of the most interesting is our BioStore, which robotically stores biological samples at temperatures as low as -80 degrees Centigrade. Our first BioStore will be in customer sites later this year."

Nexus is emphasizing this new area of sample management. The company has been primarily focused on opportunities in drug discovery for the last few years, "but now it turns out that there is a market that's probably even larger," Lillig said.

"There are over a billion biological samples being stored around the world today in non-automated systems like just standard freezers, and when I say biological samples I mean DNA tissues, clinical samples, blood, antibodies, proteins -- and we are finding a very strong market in that area," he said.

To stay on top of the market with cutting-edge products, Nexus teams must interact at a high level of competency and collaboration, and Lillig oversees it all.

"We've only been in the market about three to four years right now, but because we have a next-generation approach to this, people really have gravitated toward our products and we've become the leader in terms of placement per year," he said.

Nexus has sold 25 of its automated sample storage and retrieval systems worldwide, and is growing globally at a solid rate. In Asia, Nexus now sells through distributors in Japan, South Korea, China, Singapore, Taiwan and India.

"More importantly, he understands people. His sense of fairness, caring and tolerance has spawned the culture at Nexus that makes this such a great place to work," Neeper said.

Nexus' current staff of 60 employees is growing. "We've added about five this year already, and we'll probably add another seven to 10 as the year goes on," Lillig said.

Engineers and scientists comprise about 30 percent of the company's work force, while about 40 percent are engaged in manufacturing and the remaining 30 percent are involved in sales and finance.

"I don't know quite how to say this, but to be blunt, it's a great time to hire right now," Lillig said. "Our real strength is automation engineering, and quite often it is difficult to find good, talented people with that kind of experience, but because of the economy right now, we're able to find more than usual."

All of Nexus's installation teams reside in Poway and can be sent to different sites around the world to build entire systems from the floor up on the customer's site, the CEO explained.

The European headquarters are for sales and customer support, but all of the products are manufactured in the 37,000-square-foot Poway facility. In some cases, the equipment is completely built there, then stripped back down and shipped to the customer site to be rebuilt and fully tested with the client.

Nexus then provides customer support for years. The company can run all 25 Universal Store systems around the world remotely from the Poway headquarters.

"We can actually run all of those systems from here," Lillig said. "And we can, on our computer screens, see exactly what's running, what's happening. If there ever is an issue, we can sometimes tell even before the customer, and we'll call them up and have them recalibrate a particular part of the automation," he said.

The Nexus teams support each other from start to finish, and this follows through to the customer.

"Everyone claims to have a team approach to business, but I think we really do," Neeper said.

"We all like working here," he added. "The work is fun and rewarding and we enjoy each other's company. I have never worked in an environment where the usual walls and politics simply don't exist."