National City wants people to visit its waterfront. MRW Group thinks it has just the incentive.

"The city is trying to get more civic and commercial uses out of the property," said Ivar Leetma, MRW's chief operating officer. "The idea is to draw people here and give them something to do and learn about the city, both visitors and (county) residents alike. Most people in the county haven't been to National City. They haven't had a reason to."

The $35 million, 6.3-acre development is the latest -- but not last -- addition to the National City bayfront. 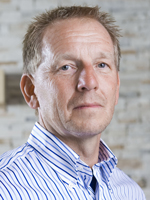 "The whole area has transformed," Leetma said. "In the five years I've been here, this area has changed drastically. It's rewarding, and I've gotten good feedback from the city and the citizens.

"The city is happy that we're here. We really wanted to help the community do something."

MRW Group isn't the only one pitching in. Sycuan Tribal Development Corp. provided the financial backing for Marina Gateway Plaza, working with MRW from the start about six years ago.

"They've stayed with this project for years," Leetma said. "It would have been uncanny for any kind of financial partner to have hung around for so long, so we really appreciate their stick-to-itiveness."

Sycuan initially got involved because the property used to be home to its tribal ancestors, who used the area for fishing and gathering.

Tribe officials also saw the development as an opportunity to benefit their customers and employees, many of whom live in National City.

Leetma said MRW could have built a project somewhere else, but he and his partners liked the location of the National City site.

MRW's offices are on the second floor of an old train depot just across the street from Marina Gateway Plaza. This historic depot houses the San Diego Electric Railcar Association museum on the first floor.

The area surrounding the project also includes Railcar Plaza, a Port of San Diego-owned building that features rail memorabilia, artifacts and historical information about the area. It's also designed to host small receptions. Leetma said the facility has been under-utilized, but he hopes the traffic Marina Gateway Plaza generates will change that.

"It's a pretty exciting time," said National City Mayor Ron Morrison. "A lot of things are happening here in a short period of time."

The city has plans for another hotel, a 5-acre park and an aquatic center to be run by the YMCA, located near the marina.

The area already features a 1-acre park, Pepper Park, along the water and a Knight & Carver yacht ship repair yard.

Leetma said the restaurant and hotel should benefit from a bustling neighborhood.

Just up the street is Naval Base San Diego (formerly the 32nd Street Naval Station), which is the largest Naval base on the West Coast. It consists of 20,000 uniformed military and another 5,000-plus civilians and contracted employees.

The Navy also has approximately 3,000 bachelors' enlisted quarters in the area, including Palmer Hall and the recently completed Pacific Beacon.

Naval Base San Diego has 54 home-ported ships among its 13 piers.

The National Steel & Shipbuilding Co. (NASSCO) is nearby as well, which gives the development plenty of potential customers.

Leetma said the plaza should be helped by its close proximity to downtown, while Morrison noted its visibility from the freeway.

"The Buster's restaurant operators, Aloha Restaurants, they're bullish," Leetma said. "They can't wait to get in here and open up. They think they will do gangbusters. I don't know, and I hope they're right, but their enthusiasm is infectious. It gets us fired up.

"They see it as an up-and-coming place to be. There is a lot of activity here."

The hotel is geared toward attracting business travelers and vacationers who normally would stay in Mission Valley.

Best Western began admitting its first guests in mid-June, and Buster's was scheduled to open June 30.

Leetma admits it's a little nerve-wracking opening up a hotel during the current economic conditions, with occupancy rates down anywhere from 15 percent to 30 percent, but he's hopeful. He said operators are helped by opening during the high, summer season.

"It's certainly the nicest Best Western I've ever been in, in the U.S.," Leetma said. "It's got great interior design, great architecture. It's tremendously rewarding. The project looks great."

The third piece to the project is a 16,000-square-foot commercial building. Approximately 2,000 square feet of it will be used as banquet space for Buster's and for conference and meeting space for the city. MRW Group is actively looking for tenants for the remaining 14,000 square feet.

"It's to invite more people to use the facilities at the marina and down by the Pepper Park and the public boat launch," Leetma said. "They just want to get folks here."