By JILL BLACKFORD, Special to the Daily Transcript
Thursday, July 9, 2009

Began over 30 years ago as "Our House," a drop-in drug rehabilitation center for youth in Chula Vista, South Bay Community Services today maintains its youth-centric focus, servicing more than 7,000 youth annually. But it has also branched out to include myriad programs to help family members of all ages with the spectrum of challenges they may face -- from National City to the border.

Kathryn Lembo, executive director of South Bay Community Services (SBCS), has been leading the nonprofit since 1982 and says the organization continues to take its cues on new programs directly from the community.

"I was originally thinking I wanted to do direct service, to be a counselor," Lembo said. "But I got interested in the administrative side, public policy, and how organizations, especially nonprofits, need to be community-driven and community-owned. And they need to be a strong voice -- especially for those who don't have a voice." 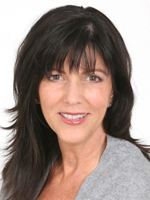 One-third of the SBCS board must be low-income, and most of the organization's services have materialized based on community input, including from local schools and churches.

Working with youth has also uncovered key areas of community need. For instance, a study found that 85 percent of kids in the SBCS gang intervention program were coming from homes of domestic violence and that other youth programs were showing many kids facing family violence as well. In turn, SBCS created the Domestic Violence Intervention Program. Through its family counseling work, SBCS found that many families were living in hotels and motels or inadequate housing, which adds to the chaos and abuse. As a result, SBCS opened the Casas Seguras shelter.

"Instead of a group shelter," Lembo said, "we bought two apartment buildings. What we were finding is that boys couldn't go to other domestic violence (group) shelters with their moms after the age of 12. Now, we can take boys up to 19, 20, 21 -- or even 22 years old. It's designed as apartments so families can live as families."

Prevention is integral to the nonprofit's mission as well, with its Mi Escuelita Therapeutic Preschool working with kids as young as 3 years old who've been exposed to domestic violence -- the first of its kind in San Diego County. Other programs like Trolley Trestle provide support and transitional housing for former foster youth who have "aged out" of the foster care system.

"These kids spent 17 or 18 years in foster care, have lived in 16 to 17 placements," Lembo said. "Just to see how resilient they are, how they are able to go to college and do so many things. The kids at Trolley Trestle bring the same smile to my face as when I visit the 3-year-olds."

A key facet of the organization's domestic violence assistance is that help is available 24 hours a day, seven days a week -- because violence doesn't tend to coincide neatly with normal business hours. SBCS not only offers a no-cost, 24-hour hotline, but also the Domestic Violence Response Team (DVRT): SBCS specialists stationed at all South Bay police departments who provide round-the-clock intervention and actually accompany police on domestic violence calls.

It's this kind of seamless integration that keeps SBCS growing -- and effective. According to Lembo, some people may be receiving help from the organization without even knowing it. All of the current SBCS programs are in conjunction with another group, and a staff of 225 collaborates with around 100 subcontractors from other area organizations like UCSD and family resource centers.

Yet working with so many other key community organizations hasn't insulated SBCS from the economic downturn. The challenge: When times are tough, funding goes down -- right when demand for services goes up.

"In National City we may see more families struggling financially, and yet that was in the past," Lembo said. "Now we are seeing that difficulty in all communities, even in eastern Chula Vista. In National City, people are more alienated from a traditional community, so there it's more a matter of getting them to access the resources."

As for SBCS's own funding sources, it receives monies from federal, state, county and city governments as well as from corporate donations. Right now, Lembo says her team is waiting to see what happens with the state budget; there are a number of open positions that aren't being filled in case funding doesn't come through.

Current funding and donations are down, but so far the main resource that's been cut is the intensive follow-up provided after the DVRT on-call services. Other areas suffering are domestic violence support groups and Mi Escuelita, which is at capacity and has a waiting list. While the preschool is big enough to hold more students, there is no funding to pay the staff to increase enrollment.

Despite the financial setbacks, SBCS has actually seen an increase in other kinds of giving over the past year.

"We've seen financial donations go down but in-kind donations and volunteerism rise. People are giving whatever they can give us. People who may be facing their own loss or who are looking for a job are giving back their own time," Lembo said. "It's commendable, and it says a lot about people in the community that even when they are facing their own challenges and hard times, people are still giving back. It's humbling."

Looking to the future, SBCS is looking at ways to help via job development, especially for women in the domestic violence shelter. For instance, Lembo talked about creating jobs that can ease these women back into the job force and give them the skills and training to make them strong candidates in the market -- something vital for families in the South Bay community.

"And we're looking at creating even more partnerships," Lembo added. "We are currently working with local churches to see how we can work together and do even more."

For more information, visit www.southbaycommunityservices.org. The SBCS annual fundraiser for kids affected by domestic violence, Change Their Lives Extravaganza, will be held at The Ivy Hotel on Oct. 10.