A message from the mayor of National City

What a great time to be in National City. Construction is moving ahead, new developments are being planned, public improvements are at a all-time high, community involvement is at its highest point in decades, and the changes both in form and attitude become more and more apparent every day. We've known for a long time that National City was a diamond in the rough; well now we're polishing up that diamond and it's shining bright.

While these are difficult times, particularly for local cities, what we have here is a relatively small city that is working overtime to buck the current tide of doom and gloom. What I am seeing is an exciting blend of realism and energy of optimism like I have never witnessed before. There's a positive attitude about the direction in which the city is going and our ability to obtain our goals. 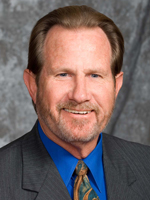 Here are just a few of the things causing excitement about the present and future of National City:

¥ Paradise Village, the largest residential project in our city's history

¥ A downtown specific plan that allows for up to 10,000 new housing units downtown

¥ More than $10 million in street improvements

¥ $2 million in improvements to our community parks

¥ A host of family-oriented events for our community

As a city government, we have worked hard during the last few years to gain and retain the trust and cooperation of both our residents and our business community. Anticipating the need to reinvent government, we have streamlined and created a "one-stop shop" approach so that we have the ability to better serve the residential and business community, and the results are showing. Our can-do attitude and business-friendly approach is getting to be well known and is paying off with big results.

As San Diego County's second oldest city, National City has a great history, and while we try to incorporate that history into everything we do, we have our full focus on a future that is as bright as the whole outdoors. With three major freeways, the Trolley, and lots of transit, it sure seems like all roads lead to National City. As you can tell, the 'I Love National City' fever is contagious. We invite you to come and see all the changes and catch the fever with us.