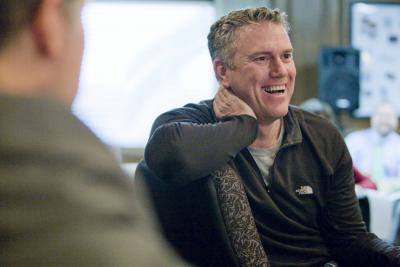 Wellness in the Workplace - Health & Wellness

As lawmakers in Washington try to hammer out a bill to change health care in America, some local San Diego companies have been taking matters into their own hands, trying to make employees healthier and bring costs down.

"I think government will probably screw it up," Andy Kohlberg, founder and president of Kisco Senior Living, said bluntly. "Business really has to drive change through incentives."

Kohlberg and other local business leaders at recent a Daily Transcript roundtable on office health and wellness said that they're trying to shift the focus of how they purchase health care for employees more to value, rather than cost. They are also trying to better educate their employees about where their money goes, and why certain services cost more than others.

"The consumer -- my employees, all the people who work in this country -- are disconnected from the cost and the value of these things," said Marshall Merrifield, chairman and chief executive of Clark Security Products. "They're really good consumers. If they actually had more knowledge, more information more of a choice -- wow, things would change."

John Kahle, senior vice president and chief wellness officer for Intercare Insurance Solutions, said his company is weighing value over cost. For example, he considers a visit to a primary care physician for a routine physical a higher value claim than an emergency room visit, so the company tries to encourage more of the former.

"What you really have to put together is not just the worksite wellness program; it's really that consumerism, understanding the true cost of health care," Green said. "Going into a physician's office doesn't just account for a $10 co-pay; that's not the cost. The true value of the cost of going to physician can range (from) $180 to $200."

In addition to educating employees on just what their medical coverage really costs, some offices are trying to encourage healthier lifestyles. Gary Peck, director of human resources from Gen-Probe (Nasdaq: GPRO) said he's noticed that a burger and onion rings are cheaper in the company cafeteria than a salad. He's trying to figure out a way to change that.

Melissa Wilimas, executive director of the American Hearth Association, San Diego, said her office organizes two walks a day to get employees out and moving, and tries to serve fruit instead of baked goods at meetings.

"So much of the lifestyle in the workplace is sedentary," Wilimas said. "There are simple things we can all do as employers that really can affect our employees."

Some companies are taking more drastic steps to ensure companies stay healthy, such as not only making their offices smoke free, but testing employees for smoking outside of work, too. This, however, can be a thorny legal area. The lawn care company Scotts (NYSE: SMG) has been sued over its smoke-free policy, and targeting people who don't eat healthy could be viewed as discriminatory.

Green, from United Healthcare, said her company asks smokers to pay an insurance surcharge. It's largely on the honor system, but Green said it seems to work.

Mike Barone, president and chief executive of Intercare Insurance Solutions, said that a small number of unhealthy employees end up costing a company the most. He said employers need to get a good handle on analytics that prove how a small group's unhealthy habits are driving costs, therefore making any steps taken to correct those habits seem less arbitrary.

Ultimately though, Barone agreed that the best way to do this is with incentives -- financial or otherwise -- that make employees want to be healthier, and shows them the direct effects their behavior can have on costs. He said it's the only thing that will make people take responsibility for their health.

"We know that if we get pulled over and get a traffic ticker, (or) we get into a car accident, there will be a negative result as it pertains to our auto insurance," Barone said. "That does not exist in health care."