If you're looking for a detailed account of San Diego's biotech history, John Benassi is the person to ask.

The veteran intellectual property attorney landed in Southern California shortly before the industry took off, giving him a unique perspective and equipping him with invaluable experience.

"When I started out in this practice, patent law did not have the draw and attraction that it does now," said Benassi, managing partner of Heller Ehrman LLP's San Diego office. "If you told people you were a patent lawyer or a patent litigator, you were automatically branded as being a geek or a propeller head.

"Then people started realizing how exciting this area is because you're on the forefront of the technology and the law. And the economics are driven by the technology." 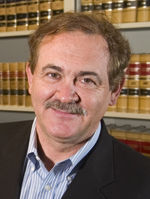 When he arrived in Los Angeles in 1977, Benassi worked as a partner with the law firm Lyon & Lyon. Agriculture was the big industry, and Benassi and his colleagues were litigating plow, fruit-picker and oil-drilling patents.

In the mid-1980s, biotechnology, pharmaceutical and telecommunications companies began to sprout up along the West Coast, including San Diego, Silicon Valley and Los Angeles.

The biotech companies in San Diego were fueled by the critical mass established by Scripps, the Salk Institute, the University of California, San Diego and Hybritech, a catalyst for the region's emerging biotech and pharmaceutical industry.

The founders of Hybritech, which was sold to Eli Lilly (NYSE: LLY) in late 1980s for $500 million, spouted about 35 other biotechnology, pharmaceutical and medical device companies.

Benassi's effortless recollection of the names and dates of the industry's history comes from his personal involvement. He and his Lyon & Lyon partners successfully tried the first biotechnology patent case for Hybritech in San Francisco in 1986.

"At that time, there were very few patent lawyers in San Diego," Benassi recalled. "San Diego was more like a sleepy little town, where the main employment possibilities were basically the military, defense spending and real estate.

"Then came the evolution of basically the high-technology and biotechnology companies in San Diego."

Benassi changed too, joining Brobeck, Phleger & Harrison LLP, where he became managing partner. He built the practice from 15 to 50 in approximately two years. He then moved to Paul, Hastings, Janofsky & Walker LLP before switching to Heller Ehrman early in 2005, reuniting with several attorneys from his Brobeck and Lyon & Lyon days.

He recently accepted the position of managing partner for the opportunity to blend the firm's San Diego practices with those in Los Angeles and Orange County.

He also believes that now is an important time to be a patent attorney in San Diego, noting the local district court has adopted patent rules and could become part of a pilot program in patent reform.

Rep. Darrell Issa, R-Vista, introduced legislation intended to steer patent cases to judges' interest in and knowledge about patent law. His program would be tested in at least five districts, with those districts getting extra funding for patent cases.

"That, in conjunction with the new patent rules that were adopted, has the possibility of making San Diego a 'rocket docket' for patent cases," Benassi said, "which is going to attract even more patent cases to San Diego. So we've been preparing for that onslaught of anticipated cases."

Patent cases in the mostly widely known "rocket docket," the Eastern District of Texas, shot from 53 to 260 in one year.

Benassi said leading Heller Ehrman's office is made easy by the collection of attorneys the firm has assembled.

He refers to corporate attorney Craig Andrews as "the guru of high-technology, venture-back companies," and says IP attorney Alan Blankenheimer runs "one of the bigger semiconductor practices in the country out of San Diego."

"This is a conglomerate of the most talent I've ever seen in any office I've ever been involved in," said Benassi, adding, "and I was a managing partner of the old Brobeck office, so I've had previous experience being managing partner. But I've never seen so much talent in one place, and it's understated talent. Once you kick the tires and you realize how many good people we have here, it's pretty easy to manage that talent."

"A high percentage of us have not only technical backgrounds," Benassi said, "but we have multivaried experience in every type of litigation you can think of."

Benassi himself has a diverse background, even trying 10 criminal cases in his career as a general litigator. Recently, he and Jessica Wolff represented generic drug-maker Gensia Sicor in the invalidation of Bristol Myers' (NYSE: BMY) expiring patent for Cisplatin (used to cure Lance Armstrong's cancer).

Benassi now is focusing on two unique niches, where he represents generic drug companies and medical device reprocessors as he continues to embrace the smaller companies. Reprocessing minimizes the cost to hospitals and consumers, and eliminates mounds of medical waste, while generic drugs allow customers to spend less on sometimes crucial medicines.

"We're in San Diego, and San Diego is and was the hub of emerging companies," Benassi said. "The Bristol Myerses of the world are in New Jersey. We've always represented the types of companies that emerge from California, and these are the types of companies that were incredible risk takers and happen to be centered out of California where we live. So it's a very natural attraction to represent these companies."