By MOLLY NANCE, Special to the Daily Transcript
Wednesday, February 28, 2007

Intellectual property law not only requires attorneys to hold their own during a trial court, but also that they understand the products and clients they represent.

When Stephen Swinton, partner at Latham & Watkins LLP completed his engineering degree at Iowa State University, his next step was to enroll in law school.

"People pulled me aside and said, 'Hey kid, you have an engineering degree, you should be a patent lawyer,'" Swinton said, adding that when he first clerked at a patent firm, his level of enthusiasm wasn't exactly high on the mark. "I concluded that being a patent attorney was sitting behind a desk and drafting patent applications. That wasn't going to be it for me." 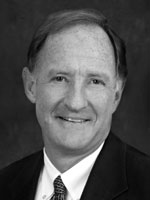 But after 12 years as a full-time patent attorney in San Diego, Swinton has immersed himself in the San Diego market, representing major companies such as Qualcomm (Nasdaq: QCOM) and Gen-Probe (Nasdaq: GPRO).

"In the last 10 to 12 years, intellectual property litigation has been a hot commodity in San Diego," he said, noting that San Diego has shifted from being a drug-discovery town to a drug-development town due to industry advancements and shareholder funding. "I always felt I was in the center of the perfect storm."

After a three-year battle over patent infringement relating to a qualitative HIV test, Gen-Probe won the case against Bayer, scoring a $32 million settlement.

The Gen-Probe patent -- a probe technology that attaches and amplifies the virus -- makes early detection of HIV possible, Swinton said.

"In the past, it would take weeks for your body to react with the normal methodology," Swinton said. "Now, with Gen-Probe technology, it is only a matter of days."

The lengthy timeline for companies to wait for a patent is a challenge, Swinton said.

The best way for companies to protect their patents during this time gap, Swinton said, is to be constantly in communication with the scientists.

And the most cost-effective way to remedy an infringement suit is to resolve it through cross-licensing procedures, which -- unlike its case with Bayer -- Bowen said Gen-Probe aims to do.

"We have historically resolved our disputes with other companies by cross-licensing whenever we can," Bowen said, adding that Gen-Probe is cross-licensing with Roche, a health care company and its major competitor. "We (try) to cross license, rather than pursue litigation."

Another hurdle San Diego companies must deal with is expanding their patents on the global scale.

"Drug-discovery business in San Diego has lost some of its luster from a patent-protection standpoint (due to) the extraterritorial effects of United States patent laws," Swinton said, who explained that drugs developed in the Untied States and sold in Europe, and vice versa, are subject to both regions' patent laws. "That issue has got the industry representatives lined up on both sides of the argument."

With the complexities of patent law both in the United States and abroad, it takes more people such as Swinton, who are well-versed in technical and legal jargon, to be able to handle the intricacies of the patent business.

Intellectual property is gaining a lot of interest from emerging lawyers, Swinton said, and he is seeing more and more law students entering and graduating law school with various technical degrees.

"Patent litigation in particular feeds on an insatiable appetite of really bright, generally technically capable lawyers," Swinton said. "It always helps the patent litigation to have qualified technical people and I won't tell you that there aren't enough, but I can tell you there doesn't seem to be any end to the demand."

Because of the number of highly qualified lawyers, the cost to try a patent case in which $25 million or more is at stake can be as much as $4 million, which serves as a financial hurdle for local companies, Swinton said.