Corporate officers and directors take note -- you may be held personally liable for inducing patent infringement, even when you are acting solely through a corporation. Although most patent infringement lawsuits do not name an individual officer or director as a defendant, the ability to pressure an officer or director with the threat of personal liability is a potential arrow in the patent owner's quiver (or a mosquito in the accused infringer's tent, depending upon your perspective).

To protect a corporation's officers and directors from exposure to personal patent infringement damages, one first needs to understand the legal standards governing personal liability under the Patent Act. This article explains these legal standards and suggests some tips for officers and directors who want to protect themselves from patent infringement exposure. 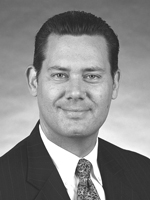 In 1988, the Court of Appeals for the Federal Circuit first set forth the following legal standard for holding an individual personally liable for inducing infringement: "[A] person infringes by actively and knowingly aiding and abetting another's direct infringement." Water Techs. Corp. v. Calco, Ltd., 850 F.2d 660, 668 (Fed. Cir. 1988) (emphasis in original); see 35 U.S.C. § 271(b).

The Federal Circuit resolved this ambiguity in DSU Medical Corp. v. JMS Co., 471 F.3d 1293 (Fed. Cir. 2006). In DSU, the Federal Circuit held that "[t]he plaintiff has the burden of showing that the alleged infringer's actions induced infringing acts and that he knew or should have known his actions would induce actual infringements," 471 F.3d at 1304 (quotation omitted). In other words, the "alleged infringer must be shown ... to have knowingly induced infringement, not merely knowingly induced the acts that constitute direct infringement." Id. at 1305. 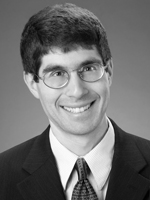 A year later, in Wechsler v. Macke International Trade, Inc., 486 F.3d 1286 (Fed. Cir. 2007), the Federal Circuit reaffirmed that "[u]nless the corporate structure is a sham, we have held that personal liability for inducement must be supported by personal culpability. ... This requires the officer to have possessed a specific intent to 'aid and 'abet' the infringement." Id. at 1292. Thus, there should be no personal liability if the only evidence is that the corporate officer was negligent in his or her reading of a patent. Id. Of course, the corporate officer's negligence can still get the company in hot water, and the line between negligence and intent can be hard to draw in certain cases.

The Wechsler and DSU cases present something of a dilemma for corporate officers and directors. On the one hand, an officer or director can try to shield him or herself from personal liability by avoiding knowledge of patents that might apply to the company's processes and products. On the other hand, sticking one's head in the sand leaves the company itself exposed to charges of patent infringement, and might not help the individual if it appears that he or she was trying willfully to remain ignorant of relevant patents. In addition, the officer or director must discharge his or her fiduciary duty to the company. In short, what is an officer or director to do?

Gerber is a partner in Sheppard Mullin's Del Mar Heights office, and chair of the firm's Pro Bono Committee. Franklin is an associate in the Intellectual Property Practice Group in the Los Angeles office of Sheppard Mullin.