On Jan. 22, the Senate began its 2008 session by renewing its ongoing consideration of the Patent Reform Act, a bipartisan effort that may result in the most significant overhaul of the U.S. patent system, which has remained largely unchanged since 1952.

Last year, the Senate Judiciary Committee voted to report favorably on the legislation and recommend it for a full vote in the Senate. Both Sens. Patrick Leahy, D-Vt., and Orrin Hatch, R-Utah, have agreed that now is the time to enact patent legislation and have asked that the Senate bill be taken up as early in the new year as possible. A similar bill passed the House of Representatives last year.

Whether Congress will actually pass the reform legislation is still questionable. But it does appear that the legislation will come to the floor of the Senate for debate, and most likely a vote. If the proposed legislation becomes law, it will result in major changes to the U.S. patent system. 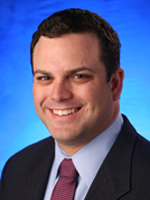 These proposed changes have resulted in a healthy debate between opposing industry groups. Generally speaking, the two sides of the debate have been the pharmaceutical industry, which favors stronger patent rights due to the significant time and investment needed to develop its products, and the computer and software industry, which favors more competition and a less restrictive patent system.

Medical device companies fall somewhere in between the two, and may receive some benefits from the Patent Reform Act.

Under current U.S. law, patents are awarded under a first-to-invent system. This allows an inventor to obtain a valid patent on an invention where he or she was the first to conceive and reduce to practice -- even though another party may have filed a patent application earlier. The Patent Reform Act proposes a first-to-file system, which would award the patent to an inventor who files the first patent application.

The currently proposed legislation will also change the way companies can challenge patents being sought by competitors. The medical device industry can be a crowded field, and it may be less expensive and more efficient to seek to limit a competitor's patent rights before the United States Patent and Trademark Office (USPTO) both pre- and post-issuance.

The proposed changes would expand the abilities of third parties to challenge published patent applications and granted patents. Currently, prior to issuance of a patent, third parties have almost no ability to substantively challenge the validity of a pending patent application. The proposed rules would allow a challenger to submit prior art or other evidence of unpatentability, along with an explanation of how it affects the patentability of the pending claims being considered in a pending patent application. In addition, within one year of the issuance of a patent, a third party could bring an administrative post-grant review proceeding before a Patent Trial and Appeal Board in the USPTO, where there would be no presumption of validity of the challenged patent.

Although medical device companies may benefit from a more streamlined and cost-efficient method for challenging a patent, the rule changes will likely preclude a party from asserting invalidity on the same grounds in any subsequent litigation.

Another significant change would place limits on where a defendant can be sued, which has become more of an issue with the rise in the number of filings in districts such as the Eastern District of Texas and Western District of Wisconsin. Currently, a patent holder can bring an infringement action in virtually any jurisdiction in which the allegedly infringing product could be found. However, the proposed changes would require that the action be in the federal district where the defendant is incorporated, has its principle place of business, or has committed a "substantial portion of the acts of infringement."

Finally, the proposed changes would benefit medical device companies when it comes to damages. The recent past has brought about much criticism of what are perceived to be excessive damage awards in patent cases.

The new legislation in both the House and Senate bills attempts to clarify how reasonable royalty damage amounts are to be calculated by a judge or jury when actual lost profits cannot be determined. Specifically, the legislation would add language that bases these calculations on the value of the "invention's contribution over the prior art." Further, the new legislation would limit findings of willful infringement, which can result in treble damages, to situations where the patent owner establishes by clear and convincing evidence that the infringer copied an invention that it knew was patented, continues its conduct even after a court found it to be infringing or is given specific written notice from the patentee and continues to infringe.

The legislation also codifies the "good faith belief" defense that protects a party from a claim of willful infringement where it had an informed good faith opinion of counsel that the patent was invalid, unenforceable or not infringed. Because the proposed changes would not generally affect a "lost profits" damages award, medical device companies suing a competitor would not likely see a significant difference in damages awards where that company is involved in selling the patented invention. On the other hand, a patent troll seeking a reasonable royalty award from a medical device company would likely see a significantly lower damages award.

If enacted, the Patent Reform Act will certainly change long-standing U.S. patent law. Medical device companies, however, will largely benefit from the changes in law, which generally allow for a more efficient and cost-effective way of challenging patents, appealing Markman claim construction decisions and determining damages.

Platt is a partner in the San Diego office of Paul, Hastings, Janofsky & Walker LLP, where he specializes in intellectual property law. Hawkins, also of Paul Hastings, is a graduate of Franklin Pierce Law Center and anticipated member of the bar in 2008.