As secure as a Swiss bank?

Imagine it: Your in-house intellectual property counsel instructs your senior engineering staff to design a product in a way that avoids infringing other companies' patents. The senior developers transmit those instructions, second-hand, to junior engineers carrying out the actual design. And those engineers exchange e-mails among themselves about how the design steers clear of the patents.

If and when you get into litigation over those patents, are the e-mails between engineers sheltered from disclosure in litigation under the attorney-client privilege, since they involve legal matters? Or must they be turned over to your adversary, since they are communications not involving an attorney? The protection of your critical (and secret) IP strategy may hang in the balance.

Fortunately for technology companies, a recent California Court of Appeal case, Zurich American Ins. Co. v. Superior Court, suggests that the types of e-mails described above would indeed fall under the rubric of attorney-client privilege, since they clearly derive from attorney-client communication, even if they themselves are not such communication. 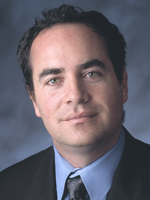 So if you're looking to protect your company's IP (among other aspects of your operations), this ruling could provide guidance as to how your employees can communicate and keep confidentiality intact.

In the Zurich case, Watts Industries sued its insurer for breach of its duty to defend and provide coverage for Watts during litigation. Watts requested certain documents from Zurich, and the insurance company claimed they were protected by the attorney-client privilege.

The parties submitted their dispute to a "referee" who reviewed the documents in question and denied Zurich's claims of privilege, even for documents that "include[d] internal litigation plans and strategy with respect to the cases in dispute" because they didn't involve direct communication between an attorney and an employee.

The California Court of Appeal considered this denial and reviewed the history of attorney-client privilege, which it called "a hallmark of Anglo-American jurisprudence for almost 400 years."

In arriving at a sort of "trickle-down theory" of the privilege -- whereby communications that originate between an attorney and an employee retain their status even when retransmitted from one non-attorney to another -- the court held that "corporate communications not directly involving an attorney, but which discuss legal advice, come within this privilege."

Along the way, the court consulted various precedents in the California Supreme Court. In Upjohn Co. v. United States (1981), that court nicely summarized the challenges facing a corporation trying to preserve the attorney-client privilege:

"Middle-level-and indeed lower-level-employees can, by actions within the scope of their employment, embroil the corporation in serious legal difficulties, and it is only natural that these employees would have the relevant information needed by corporate counsel if he is adequately to advise the client with respect to such actual or potential difficulties."

In other words, the actions of even entry-level employees can implicate significant legal issues; it follows, therefore, that they, too, require legal guidance and are therefore deserving of the privilege.

On the basis of this logic, the court in Zurich concluded that "it is neither practical nor efficient to require that every corporate employee charged with implementing legal advice given by counsel for the corporation must directly meet with counsel or see verbatim excerpts of the legal advice given." Instead, even the indirect transmission of such advice is worthy of protection.

So under this logic, what would not be covered by the privilege, especially in an IP context?

There's no easy answer, and any analysis will depend heavily on the particulars of the situation. But in the example at the beginning of this article, if two engineers simply discussed the changes they were making to a given feature of the product without mentioning how or whether such changes relate to certain patents, that communication would most likely not be privileged. As the Zurich court put it, a party "may not shield facts, as opposed to communications, from discovery."

Similarly, if a senior engineer simply instructed a junior employee to implement a certain element of the product, without explanation, that instruction would be discoverable.

Keep in mind, too, that the court also cautioned that simply copying an in-house or outside counsel on an e-mail manifestly does not render that communication privileged; the content of the e-mail must actually constitute or reflect genuine legal advice.

In addition, the Zurich holding, strictly speaking, only applies in California, so it may not necessarily cover communications between out-of-state employees or between those who work in California and those who don't. But privilege rulings by courts in the Golden State have often paved the way for other states to follow suit, so the trickle-down theory may trickle elsewhere, geographically, as well.

It is always prudent to use discretion whenever committing highly sensitive or privileged information to writing. Be sure your employees understand that they should simply assume any e-mails they send may one day wind up in front of a judge or jury.

But in this day and age, where e-mail use is as indispensable as it is ubiquitous, it should be comforting to know that certain communications will likely be protected even if they don't directly involve an attorney.

Rosen is an attorney with the San Diego office of Fish & Richardson PC. His practice emphasizes intellectual property litigation.