In an increasingly global and competitive market, intellectual property may be a business' most valuable asset. Today's executives must address the protection and most effective use of technology and intangible assets, patents, trademarks and copyrights. The Daily Transcript asked several attorneys specializing in IP law to answer questions about one of the fastest-growing practice areas.

What’s the biggest obstacle to patent reform legislation, and what are the chances a bill will be signed in the near future? 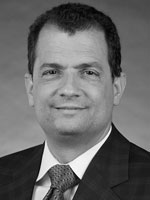 Previous patent reform efforts were stalled by diverging viewpoints from pro-licensor and pro-licensee camps. Compromises in the amended legislation, especially those relating to damages, have helped bring together these groups. Although some groups, such as the IEEE (Institute of Electrical and Electronics Engineer ) and the Small Business Coalition on Patent Legislation, are opposed to certain provisions like the first-to-file provisions, these issues are not likely to stand in the way of the Senate bill. Therefore, the major obstacle remains passage of the bill through the House.

Previous opponents of patent reform, such as the Innovation Alliance, whose members include Qualcomm, LSI and InterDigital, now indicate that they will not oppose the bill, stating, “This is not the bill we would have written, but everyone should understand that is the nature of compromise.” Even those original proponents who are not enamored with the weakened damages provisions maintain their support. The Coalition for Patent Fairness, whose members include Apple, Intel, Oracle and others, have applauded Chairman Leahy, stating, “The bill … is an important step forward in the process of revising our patent law to reflect the realities of the modern economy.”

Other original proponents remain staunch advocates and are expected to continue to lobby for its passage. For example, the Coalition for 21st Century Patent reform, whose members include powerhouses such as 3M, GE and Johnson & Johnson, support the bill, saying the amendment will “reduce the time and costs of patent examination and patent litigation and produce better results.”

The compromises introduced by the Senate have reduced opposition to the bill, increasing its chances of success for the final Senate vote. However, the pending legislation would still need to pass a House vote. The House previously passed its own version of patent reform legislation with more stringent damages provisions. Groups such as the Innovation Alliance have signaled they would withdraw their support should stringent damages provisions be reintroduced. Accordingly, if the House requires similar provisions now, the bill could stall yet again.

The Bilski case is about business method patents, but could a decision be more far-reaching? How do you think the U.S. Supreme Court will rule? 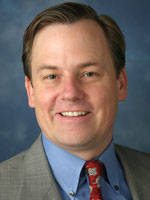 Most of my clients are terrified that the Bilski decision could have broader implications beyond business methods. The knee-jerk reaction is to say that business methods, software, processes, bioinformatics, or some other technology is entirely unworthy of the incentives that the patent system offers. The fundamental problem the Supreme Court is faced with is to craft a decision that is agnostic to the implementing technology.

Implementation of innovation changes, and only a decision that avoids technology categories, will stand the test of time. Even worse, a decision eliminating patents for a particular technology would certainly prohibit some yet-to-be-dreamed-up category of inventions from ever seeing the light of day. No Supreme Court justice wants their legacy to be killing an industry in such a large economic downturn.

If you believe in the patent system, any decision that crafts a bright-line rule based upon implementation technology would be catastrophic to those industries. Further, the Supreme Court has generally avoided bright lines in favor of more flexible approaches. Any redefinition of the treatment of patentable subject matter will inevitably have broader implications. I predict the changes in the ruling will be at the fringes of what is patentable subject matter to avoid core issues.

For difficult issues, the Supreme Court has also tried to craft as narrow a standard as possible. There is plenty of latitude to find Bilski’s claims invalid without broadly changing what is patentable subject matter. Simply prohibiting human-performed processes would be enough to send Bilski packing without wholesale elimination of business methods or other industries. There are other theories that would be equally well suited to decide that Bilski wasn’t entitled to a patent without running the risk of orphaning industries today and those yet-to-be invented.

My prediction is that the change to the law will be minor in effect and not based upon prohibition of entire technologies. Beyond eliminating some already issued patents, the solution will be solved with changes to how new patent applications are drafted.

A recent federal court ruled against Myriad Genetics, rejecting a patent on human genes. How will this affect the debate over what is patentable subject matter? 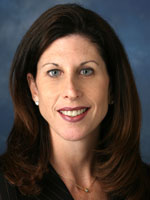 The patent system has evolved over time and at least in the U.S., it is typically understood to have successfully promoted innovation in various fields, including biotechnology and the pharmaceutical industry. Patents help to stimulate investment in research and development, giving a limited monopoly to the inventor or patent owner, while requiring in return full disclosure of the invention to the public. Gene patents have been issued in the U.S. for decades, and they are not likely to stop being issued based on the filing of the ACLU lawsuit and the recent District Court ruling in New York.

In 1980, the U.S. Supreme Court upheld the first patent in the field of genetic-engineering for the invention by microbiologist Ananda Mohan Chakrabarty for a type of bacteria that can ingest oil (Diamond v. Chakrabarty, 447 U.S. 303 (1980)). The Supreme Court decision overturned the USPTO’s pronouncement that life forms are not patentable. In that decision, the court held that “anything under the sun made by man is patentable. Under the court’s interpretation, live, human-made micro-organisms (as well as isolated nucleotide sequences) were deemed patentable subject matter under § 101. In other words, it was recognized that human intervention was required to rise to the level of patentable subject matter.

In 1982, the United States Patent and Trademark Office (USPTO) issued the first gene patent to Regents of the University of California for work carried out on the construction of a plasmid contained in a bacterium and expression of genes for chorionic somatotropin. Thousands of patents have since been issued by the USPTO for a wide variety of biotechnology inventions, including genetic engineering techniques, engineered DNA or RNA, proteins, plasmids or other cloning vehicles and vectors, transformed cells, tissue cultures, cell lines, hybridomas, plants, animals, antibodies, antigens, stem cells, gene therapy techniques, hormones, vaccines, diagnostics and therapeutics.

Currently, thousands of patents have been issued in the U.S. to hundreds of universities, companies and other researchers on human DNA sequences. Precluding patents on this subject matter will halt the forward progress that has been made in the biotech industry over the past 30 years since Chakrabarty was decided.

How important is a company’s IP portfolio, especially in today’s economy? And how easy or difficult is it for emerging companies to attract investors these days? 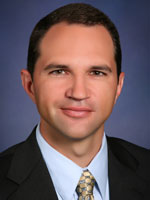 The need to protect a company’s intellectual property can become more important in a down economy. Strong patent, trademark or copyright protection for your products can be an important difference between your company and the competition when markets start to contract and there is greater competition for market share. It is our firm’s experience that as markets contract, companies begin looking more closely at their competition, and tend to be more aggressive in asserting their intellectual property.

Being in a position of strength with respect to your own intellectual property provides an opportunity to fend off challenges from the competition, or to gain market share from competitors that are violating your company’s rights.

In the past couple of years, it has become very difficult for emerging companies to attract investors. While this appears to be easing as the economy begins to recover, funding levels for startups and early-stage companies remains low. Having a great business plan, an experienced team and an innovative product typically won’t be enough if the investor doesn’t have some assurance that a competitor can’t simply duplicate your company’s success by copying your products.

Being first to market with a new idea may provide enough of a head start that competitors that come late to the game can’t catch up, but strong IP protection is almost always a requirement to close a deal. The investor will not only want assurances that your product is protected from copying, but will also want to see that your business plans aren’t infringing on the rights of others. Analysis of the competitive IP landscape and a carefully designed IP portfolio are required early on in the process so that you can provide the needed assurances to the investor. This particularly true now that sources of funding are scarce.

How has the change in pleading requirements, implemented by recent Supreme Court decisions, affected patent infringement cases? And how can companies overcome this strategy for dismissal by patent infringers? 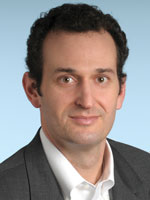 Although not patent infringement cases themselves, the Supreme Court’s decisions in Bell Atlantic Corp. v. Twombly, 550 U.S. 544 (2007), and Ashcroft v. Iqbal, 129 S.Ct. 1937 (2009), have impacted patent litigations throughout the country. These Supreme Court cases, which essentially increased the amount of detail a plaintiff needed to include in a civil complaint, have resulted in an increased number of motions to dismiss patent infringement cases, typically on the ground the plaintiff has not provided enough (or any) specificity as to how the defendant infringes.

While the various courts throughout the country have not applied Twombly and Iqbal in a uniform manner to patent cases, a number of these motions have been granted, resulting in dismissal of the complaint, although usually with leave to amend. These motions, regardless of how the court rules, also tend to slow down the case at the early stages.

There are several real-world and practical considerations for patent infringement lawsuits implicated by Twombly and Iqbal. Companies asserting their patents in district courts should seriously consider providing a greater level of detail in their complaints. Failure to do so could result in the dismissal of the case (possibly with leave to amend, but possibly not), or at the very least, the failure could result in a delay of the case given the time necessary to brief and argue the motion, and the time required for the court to rule on the motion.

Accused infringers, on the other hand, now have a new and legitimate procedural tool for obtaining additional information regarding the specifics of the plaintiff’s infringement case very early, something helpful in identifying strengths and weakness of the plaintiff’s case, especially in jurisdictions that do not have local patent rules that require early disclosure of infringement positions. This upfront additional knowledge can be useful in negotiating an early settlement of the case, or otherwise can assist the defendant in more speedily resolving the case. And a legitimate motion to dismiss based on Twombly and Iqbal can have the added result of putting the breaks, at least for a short time, on the plaintiff’s case.