By JENNIFER McENTEE, Special to The Daily Transcript
Wednesday, January 19, 2011

The recently convened 112th U.S. Congress is expected to address a topic this year that has concerned business leaders for some time: patent reform legislation.

Harry Leonhardt, top attorney for San Diego-based Amylin Pharmaceuticals (Nasdaq: AMLN), has been at the forefront of these discussions. Changes to the patent system have the potential to impact the growing backlog of patent applications, Leonhardt said, but could also affect innovation, venture capital funding and job creation. Comprehensive reform packages have been proposed, while lawmakers could also opt to sponsor smaller, stand-alone measures.

“I think it’s important to realize some of the changes that are being proposed could have a negative impact on industry generally,” Leonhardt said in a recent telephone interview, just prior to a planned meeting in Washington, D.C., with congressional aides. “There are so many different aspects of business that relate to strong intellectual property.”

Leonhardt calls the path between innovation and patent protection a “virtuous circle” that, at least in the case of Amylin and its peers in the pharmaceutical industry, ultimately loops back to the patient. 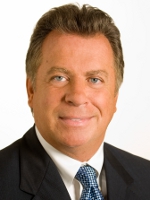 “The current patent system has allowed companies like Amylin to obtain valid patents that are predictable to the system,” he said, noting that Amylin holds hundreds of patents, and has many more pending. “One of the linchpins of venture capital funding is a strong IP position.”

Leonhardt has had a long legal career in Southern California. Prior to joining Amylin in 2007, he served as counsel to Senomyx (Nasdaq: SNMX), Genoptix (Nasdaq: GXDX), Nanogen (OTC: NGEN.PK) and Allergan (NYSE: AGN), and as an attorney for Los Angeles’ Lyon & Lyon LLP representing pharmaceutical, biotechnology and consumer products companies. His J.D. is from the University of Southern California School of Law. Today, he leads Amylin’s 35-person legal team as vice president of legal and corporate secretary.

From his perspective, Leonhardt said the San Diego business community is particularly susceptible to changes in patent law.

“There is a rich diversity of markets in San Diego that focus on innovation --biotechnology, telecommunications, software,” he said. “There’s a concern generally that this would affect all industries. I think you’d have to ask the individual companies, but I think anything that makes it easier to invalidate a patent is of concern.”

Leonhardt said his discussions with lawmakers are intended to make them aware of some of the difficulties posed by patent reform.

“I think for the past couple of years we’ve spent quite a bit of time talking through the issues that are coming up. We explain the history of the patent process, and talk about how making dramatic changes could really have an impact.”

Bill Franco, senior director of government affairs for Amylin and a registered lobbyist in Washington, D.C., said Leonhardt is a strong ally to those working to protect intellectual property.

“Harry makes our life very easy. He has a deep understanding of these issues,” said Franco. “Patent reform is a complicated issue. We think we have to go very carefully here. As Harry has articulated, Congress has to go slowly because of the potential impact.”

For pharmaceutical companies, intellectual property protections make all the difference when bringing a drug candidate to the marketplace, Leonhardt said.

“It’s a very expensive proposition to develop and market a drug -- it can take 10 years and a billion dollars in capital,” he explained. “That’s why we believe it’s important to maintain a patent system that’s very predictable. There has to be some comfort in there for VCs in getting a return on their investment.”