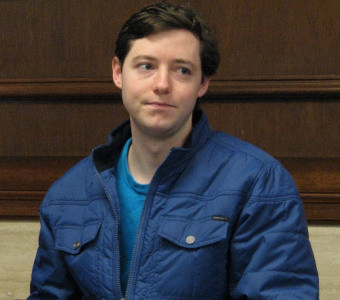 San Diego is a tough place to secure funding, but is a great place to find high-tech employees.

That was the consensus at a roundtable hosted by The Daily Transcript and sponsored by Mintz, Levin, Cohn, Ferris, Glovsky and Popeo PC on Feb. 24. Eight locally based technology firms – ranging from startups to well-established companies with spinoffs – shared the pulse of their industry.

The youngest company present was Barc, a chat tool launching this month that lets people communicate with others on the same website or WiFi network. So far, its cash flow has come from friends and family.

“It’s hard to get funding. Luckily, our technology doesn’t cost a lot to get it up and running,” said Grant Farwell, CEO and president of Barc. “I am worried for those that do because it’s not cheap to start a company.”

One of the older companies at the discussion, 12-year-old TechnoCom Corp., is also encountering a difficult financing environment in San Diego. The company, which links up wireless providers with location-based services, is working on a spinoff called Location Smart that lets businesses incorporate location and messaging into their existing functions.

“We talked to venture capitalists in the area and didn’t get a lot of traction,” said Mario Proietti, CEO of TechnoCom.

For startup Fashioning Change, it’s about waiting for the right kind of money. The website, which helps online shoppers find socially responsible alternatives to their favorite brands, has even turned down some local funds because the interested VCs weren’t good fits.

“That sounds odd for a startup to say, but we are looking to build an enduring company that is a competitor to Amazon, and if we are not bringing the right money on board with us to grow our team, then we are shooting ourselves in the foot,” said Adriana Hererra, founder and CEO.

Fashioning Change has been a self-financed company since it was founded in 2010, so turning down funding opportunities hasn’t been easy.

But startups like hers have a leg up over those that take root in the Bay Area and have ample access to truckloads of cash in their early stages, according to Jim Cleary, a member in Mintz Levin’s San Diego office in the intellectual property section.

“They seem to be hungrier down here, a little more nimble and that way a little more creative,” Cleary said. “They didn’t get showered with millions and millions of dollars, and because of that, they didn’t become lazy.”

Still, attractive funding inquiries for Fashioning Change have come in from the Bay Area and Santa Monica ever since her site launched in beta on TechCrunch over the holiday shopping season.

“That’s where our lead will come from and that’s unfortunate. This is our town,” Hererra said. “We are being pulled in other areas and are trying to keep roots in San Diego. It would be nice if funding would evolve as fast as startups are.”

Cleary, whose firm represents a myriad of local startups and tech companies, agreed that the market for angel and VCs needs to catch up.

“We see clients with great ideas and a lot of energy, but then a couple minutes later there is a buzz saw of negativity, and justifiably so,” he said.

For the past 25 years, San Diego’s pool of forward-thinking investors has remained small. In larger metropolitan markets, today’s angel investors are ex-entrepreneur types who have become more sophisticated, active and flexible, according to Thomas Marsh, president of ai-one inc.

“We just don’t have it down here,” Marsh said. “The tire-kicking Rancho Santa Fe crowd has the money and could be angels, but I either qualify [them] as not professional enough or not really interested in helping people grow companies.”

Marsh moved his company from Zurich, Switzerland to San Diego more than two years ago, considering San Diego a better place for a tech startup. However, nearly all of its funding since has still come from private investors in Switzerland and Germany. Little interest has stemmed from San Diego, he said.

Thomas Del Monte, CEO of Interra Energy Inc., has noticed that pitching an innovative concept such as his -- a renewable energy production facility that recycles green waste – is a tough sell.

“The problem is the more innovative you are, the more likely someone in the group wants to veto because they don’t understand it or they are uncomfortable,” Del Monte said.

His sustainable company has weeded out those types and instead solely focuses on investors that are interested in his idea and have a fundamental understanding of what he’s trying to do.

While finding the right investors in San Diego is tricky, it’s not hard to attract top-notch employees.

“I’ve found it fairly easy to find high-quality talent connected to the universities,” said Del Monte, who’s hired seven interns on a five-person payroll. “And these people are top of their class-type people.”

Del Monte is aware he won’t have the pick of the litter forever.

“We are cognizant of what I believe to be a future crunch for talent as the baby boomer generation gets out of the labor market,” he said.

Legend3D hires graduates from the Art Institute and trains them in the art of converting 2D into 3D film.

“For the most part, this is their very first job and they are working on blockbusters here in San Diego. They pinch themselves every time they come to work,” said Barry Sandrew, president of Legend3D.

The company has worked on some of the top-grossing movies of all time, including "Pirates of the Caribbean" and "Transformers," and has been hiring between 250 and 450 people in San Diego for the past two years.

While the vast pool of candidates for tech jobs is largely made up of recent grads versed in the latest software or cutting-edge technology, some local employers have other resumes in mind.

Walter O’Brien, chief scientist at Langford & Carmichael Inc., started coding in 1987 and admits to only hiring other “dinosaurs.” That’s because their job is to manipulate clients’ technology that is sometimes 20 years old.

“Having a kid who has graduated on the latest version of Ruby on Rails isn’t a whole lot of use to me when I’m looking at a data center for a national bank full of mainframes,” he said.

Before tech companies explode out of the gate and jump into hiring mode, Cleary said locking down patents is key.

“There’s a perception a patent application will cost far too much than what the revenue could bring in. I don’t see that at all,” Cleary said.

Unfortunately, unpaid 'internships' and outsourcing to India are the ways most technology firms are dealing with their lack of funding. If you don't believe me, look at the jobs section in San Diego CraigsList.